A dash cam with poor resolution is useless if it can't capture clear footage when you're involved in an accident. But how much should you spend on a dash can in order to get every single little detail before you're wasting your money?

In his recent "Everyone is Wasting Money on Dash Cams" video on the Linus Tech Tips YouTube channel, Linus talked about how, despite the recent advancements in video technology, it feels like we are stuck with dash cams that fail to deliver crystal clear videos.

Ever since the video went online on YouTube, it has caught the attention of many, from industry experts like Vortex Radar and EastCoastJeepSRT to the new and avid dash cam users on Reddit and the DashCamTalk forums. We're even getting 2-3 customers calling us daily asking us about it.

There are a lot of points in Linus' video that we agree with, like that video quality is important and that almost all dash cams on the market have difficulty delivering crystal clear details on freeze frame.

How much difference does the image sensor make?

Will this Sony STARVIS IMX675 image sensor make your footage look better? We have every reason to believe so. But to do so, the dash cam will also need more powerful processors.

But if the image sensor and the video resolution are the same in all these cameras, how come all the footage looks different?

Because it takes more than just the image sensor to deliver good video quality.

Like Linus, we put a few dash cams to a license plate readability test. But instead of thrifty Amazon brands, we tested the top-tier flagship dash cam from various manufacturers: Thinkware U1000 4K UHD, BlackVue DR900X Plus 4K UHD, VIOFO A139 2K QHD, and the Nextbase 622GW 4K UHD.

If you have watched our license plate readability video, you will see that how well details are captured and preserved depends on many factors, and the dash cam's image sensor is just one of them. There's also the image processor, recording framerate, bitrate, CPL filter, and even the speed differential between you and the other vehicle. Many people might not know, but the license place design also affects how much and the quality of the details preserved. 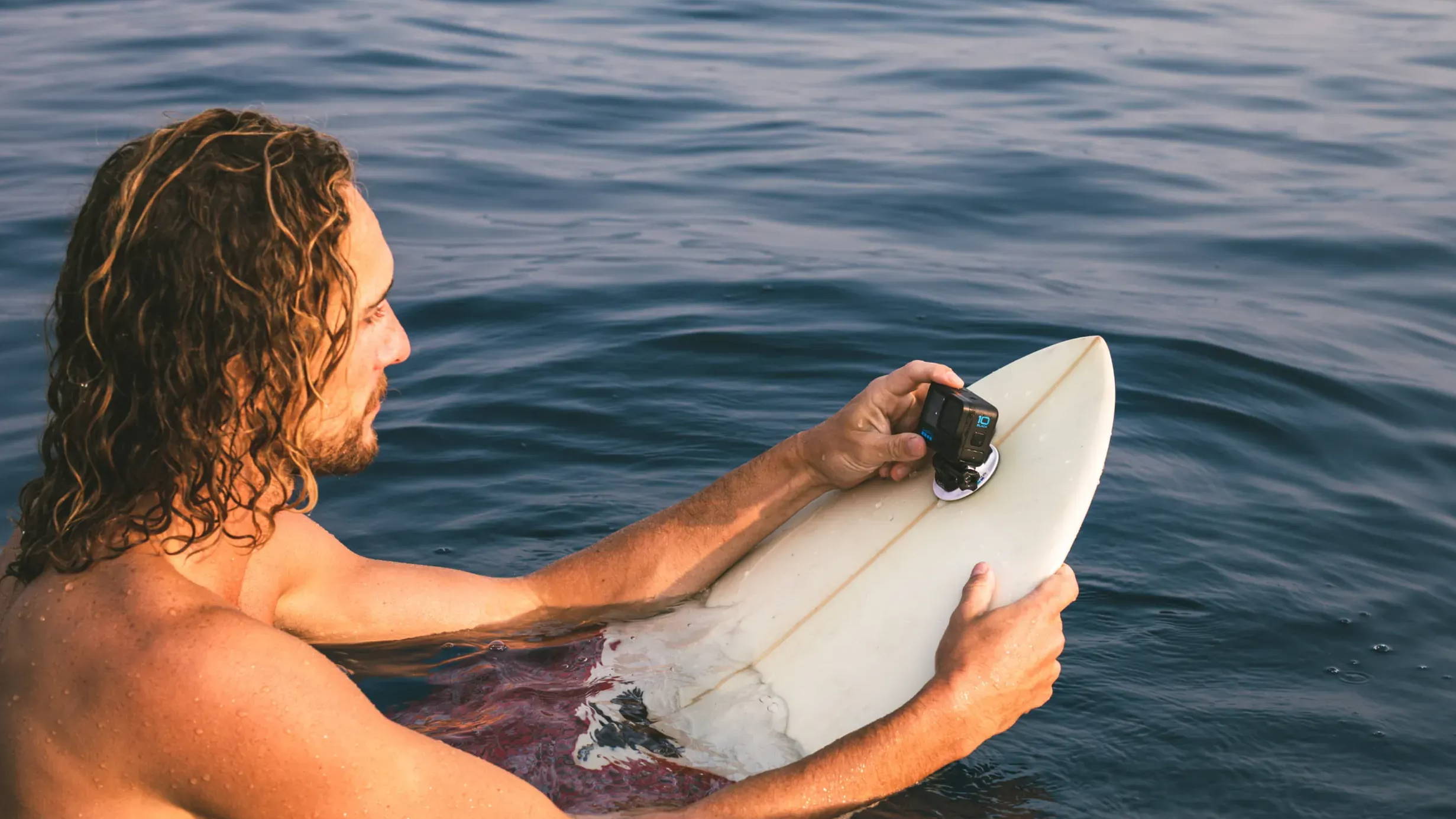 GoPros are built to make impressive quick action movies - strap it on your bike or helmet for track days, and you won't be disappointed with the action shots. But, while the GoPro Hero 10's image sensor is three times the megapixels, it has yet to prove that it can deliver three times better video quality and performance than a 4K dash cam from Thinkware, BlackVue, VIOFO, or Nextbase. Vortex Radar has put his GoPro to the test and was disappointed to learn that despite its 5K @60FPS video recording abilities, it could not record license plates and other details for readability on freeze frame.

Apple and Samsung make impressive cameras, and people have used them to film actual movies. South Korean filmmaker Park Chan-wook's Life is But a Dream, Chinese director Zhang Meng's The Comeback, and Thai filmmaker Parkpoom Wongpoom's Those That Follow are just a few examples of stunning short films shot entirely on an iPhone 13 Pro.

So yes, if you are doing vlogs of your adventures, without a doubt, the GoPro and the iPhone would be great cameras to use for filming short segments here and there. But if you want continuous 24/7 recording of your drive, you need the dash cam. If you have watched EastCoastJeepSRT's video, you will recall him saying his GoPro died on him five times while filming. Vortex Radar also mentioned that using his GoPro on the dash led to overheating issues. Different cameras for different purposes.

Dash cams do heat up after hours of continuous recording, too. But because dash cams are designed to be left on the dash, they are built to withstand a reasonable amount of heat before shutting down. We have conducted many Beat the Heat experiments in the past, and all dash cams continued to record after spending hours in our heat tank.

To document the entire drive, plus keep recording while you're parked, we recommend a top-tier 4K UHD Thinkware, BlackVue, or VIOFO dash cam. What you're getting is not just reliable recording that, quite honestly, is stunning enough for that purpose, but also a camera that can go on for hours watching over your car without failing.

The technology for the best video quality is available

The truth is that everything you need for the best video quality is out there: the latest image sensors, new processors - the whole kit and caboodle. The advancements in smartphone cameras in recent years are a good example and proof that such technology exists.

But it will be months and years before dash cams are fitted with the latest generation of Sony image sensors and Ambarella processors. Engineers and developers need time to test and calibrate the sensors to the specifics of the dash cam. Manufacturers also need time to find a cost-effective way to offer the technology - unfortunately, many of these technologies are not cheap.

What are you trying to capture anyway?

Our expectations need to be reasonable and practical - and we need to understand why we need a dash cam. In other words, what do you want to capture?

Is it to watch over your car and record parking incidents? Or perhaps you travel along the worst intersections and want to make sure if you were caught in an accident, you have video proof of the event. Maybe you need a way to know where your new teen driver is driving off to every day. Or you want to make sure your drivers are not doing things to hurt your business.

Every driver's needs are different - and when it comes to the best dash cam recommendation, there is no one-size-fits-all.

If you're a food truck owner looking for a dash cam, your list of needs would be very different than that of a parent of a new teen driver. You'd probably want to be able to record your drive but also the back of your truck in case of break-in thefts. You'd more than likely want a system that will notify you when that happens and auto-save the footage to the Cloud so you can easily retrieve it and send it over to the police and your insurance company. Got more than one food truck? You will need a system that allows you to monitor the location of multiple trucks so you can update your social media status to let your fans know where and when you're ready to take their orders.

So, is video quality important? Yes, because you want decent enough footage so that you, the police, and your insurance company can see who did what to your truck and when. But do you need super-sharp 5K videos to process your claim? Even if only 4 of the six characters on the license plate are legible, the authorities can always cross-reference it in their database with the vehicle's color, make, and model.

Instead, look at the other features that the dash cam provides - which enhance your experience as a driver and car owner beyond just super sharp 5K videos. Features like always-connected Cloud, ultra-high-frequency radar motion detection, emergency SOS alerts, and Siri and Alexa integration, to name a few.

Always-connected Cloud will not give you better video quality, but it makes it very easy for you to back up your incident footage and share it with your insurance company. It also lets you check the dash cam in real time, see where it's going and what's happening around it. 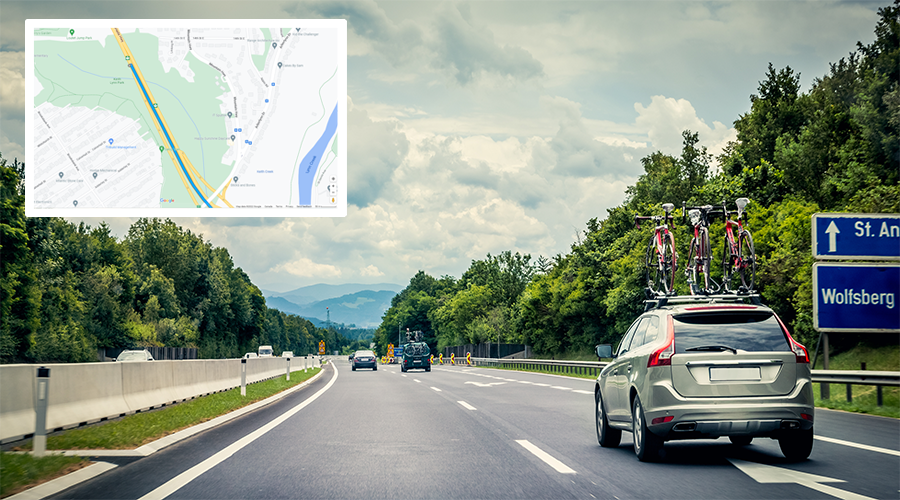 Did you know that your dash cam is not the only one tracking your information? How do you think Tesla knows where to build the next supercharging station? Teslas are equipped with in-car navigation that directs you to the nearby superchargers and gathers information about the roads you travel on most, destinations you visit, and other driving patterns.

Without a doubt, when you put GPS and Cloud together, you get a perfect tracking device that can tell anyone your dash cam and your whereabouts in real-time. But remember that, to do so, the person needs to have access to your dash cam via the dash cam mobile app, and your dash cam needs to be connected to the Cloud at the exact moment.

In other words, if you don't want to be tracked, turn off the GPS function and disconnect the dash cam from the Cloud.

Manufacturers know about your privacy concerns and understand that not every driver wants to be tracked - that's why all major manufacturers offer non-GPS, non-Cloud models in their lineup. Thinkware has the F200 PRO, BlackVue has the DR590X, and FineVu has the GX33 - all these dash cams use an external GPS module.

And for all dash cams, you don't even have to use a mobile app to access your footage. You can always take the microSD card out of your dash cam and plug it into your computer or laptop to view the files using a desktop player.

Almost everyone is wasting money. Our honest opinion…

If you are new to the market or shopping for your first dash cam, our advice is to get the best dash cam that fits your needs and, most importantly, your budget before you obsess over image sensors and ultra-high resolutions.

In other words, look for features that satisfy your needs first. Need a dash cam that watches over your car when parked? Your top priority should then be reliable parking mode recording. A 4K dash cam with the latest image sensor and the fastest processor but offers no parking mode will not do you any good.

Then, if you're given a choice between two dash cams that fit your needs and budget, go for the one that offers the best video technology:

Don't fret about getting all the minute details - it's often not necessary.