From Dongles to Diagnostics: Which is the best OBD2 Scan Tool for my car?

If you love your drive, chances are you already have a high-resolution dual-channel dash cam installed in your vehicle. But if you love your ride, you need more than just a dash cam - you need an OBD-II scanner, too.

What is OBD-II and why do you need an OBD-II scanner?

OBD-II, or OBD2, stands for On-Board Diagnostics and is a system that monitors your car’s computer system. Today’s automobiles have computers that control everything - fuel economy, RPMs, emissions, and all other vital systems. Just like how you need a monitor to display the information generated by your computer, you need a way to read the computers in your car, especially if something goes wrong. This is where the OBD-II scan tool comes in.

Virtually every new car sold over since 1996 follows the OBD-II standard. OBD-II cars have a port that devices like scanners, code readers and other devices can plug into and connect to the car’s computer. The OBD-II port is typically located near or under the steering wheel column, although it is sometimes located near the center of the dash or center console, or under the glove box. If you’re having trouble finding it, check your owner’s manual.

What can an OBD2 scanner do for my car? 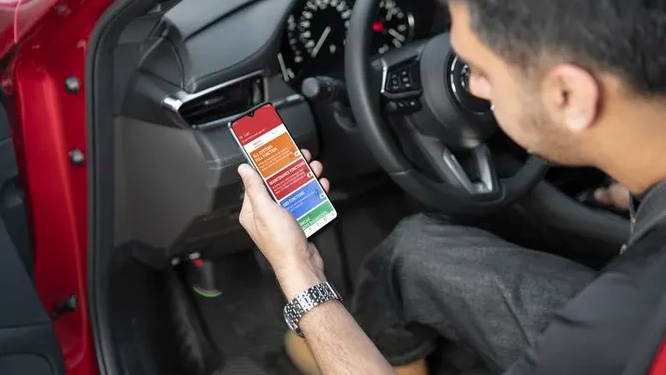 As the name suggests, car diagnostics is the primary purpose of OBD. When the car’s computer decides that something is not right, it will trigger a “fault” or trouble code. For example, there are various reasons that could be causing the Check Engine Light on the dashboard, and the OBDII scanner is essentially a code scanner that taps into your car’s computer to scan and read codes to tell you what’s wrong and clear the error codes from the computer’s memory once the problem is fixed.

Important diagnostics that the OBD-II scanner can help you:

So, rather than guessing where that burning smell or that funny clicking noise is coming from, you can simply plug in an OBD-II scanner and find out what your car’s computer is trying to tell you. 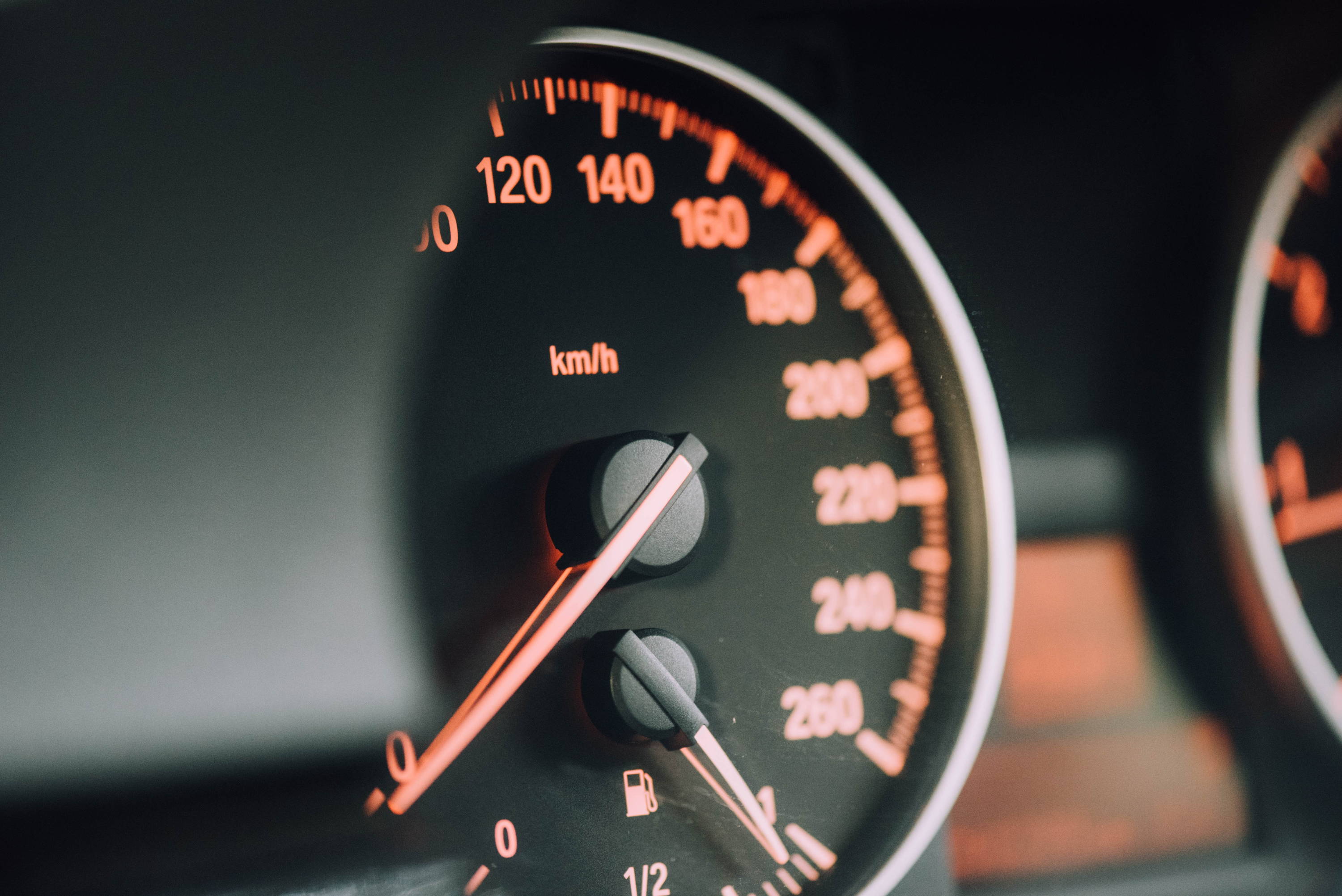 OBD was made for diagnostics, but you can use it to upgrade the performance of your ride, ie. make your car go faster. Many OBD-II scanners can read real-time information from the car’s computer and there are also dongles made specifically for monitoring a car’s power output and lap times. Professional racers rely on this data to see how they perform on a track and to tweak their cars. These performance dongles can help you remap the car’s computer software to improve power output and fuel economy, or even unlock horsepower.

OBD for Driver Safety and Insurance 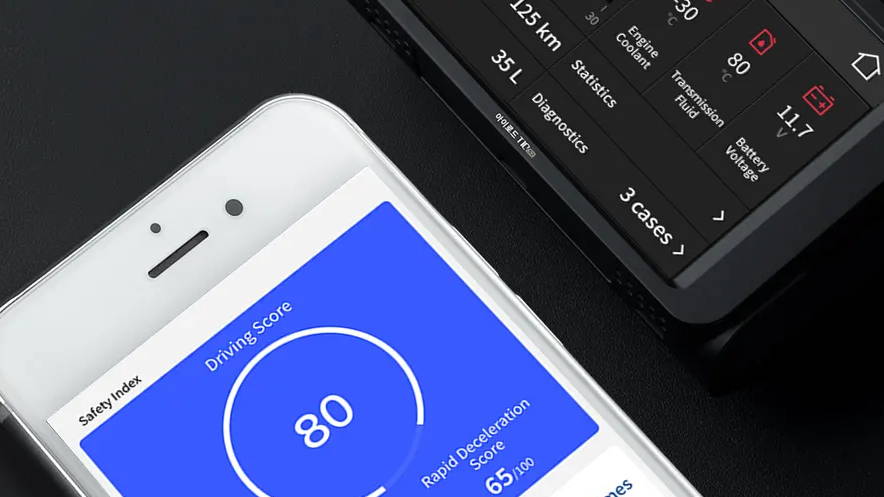 OBD-II dongles are also often issued to customers by insurance companies as a way to incentivize good driving habits (or penalize bad drivers). Progressive’s Snapshot Program and Allstate’s Drivewise Program are two of such telematics-based tracking done by auto insurance companies. Once the telematics dongle is plugged into the car’s OBD-II port, it can see all the data your car’s computer collects and grab whatever the insurance company has programmed it to find. Typically, insurance companies are mostly interested in data that paints a picture of a driver’s habits: distance drive, time spent driving, speed, incidents of hard braking, location, etc.

The IROAD OBD X-Scanner is a OBDII diagnostics plus telematics devicesthat works with your IROAD X10 4K UHD dash cam to provide insights on driver habits.

OBD for the Environment 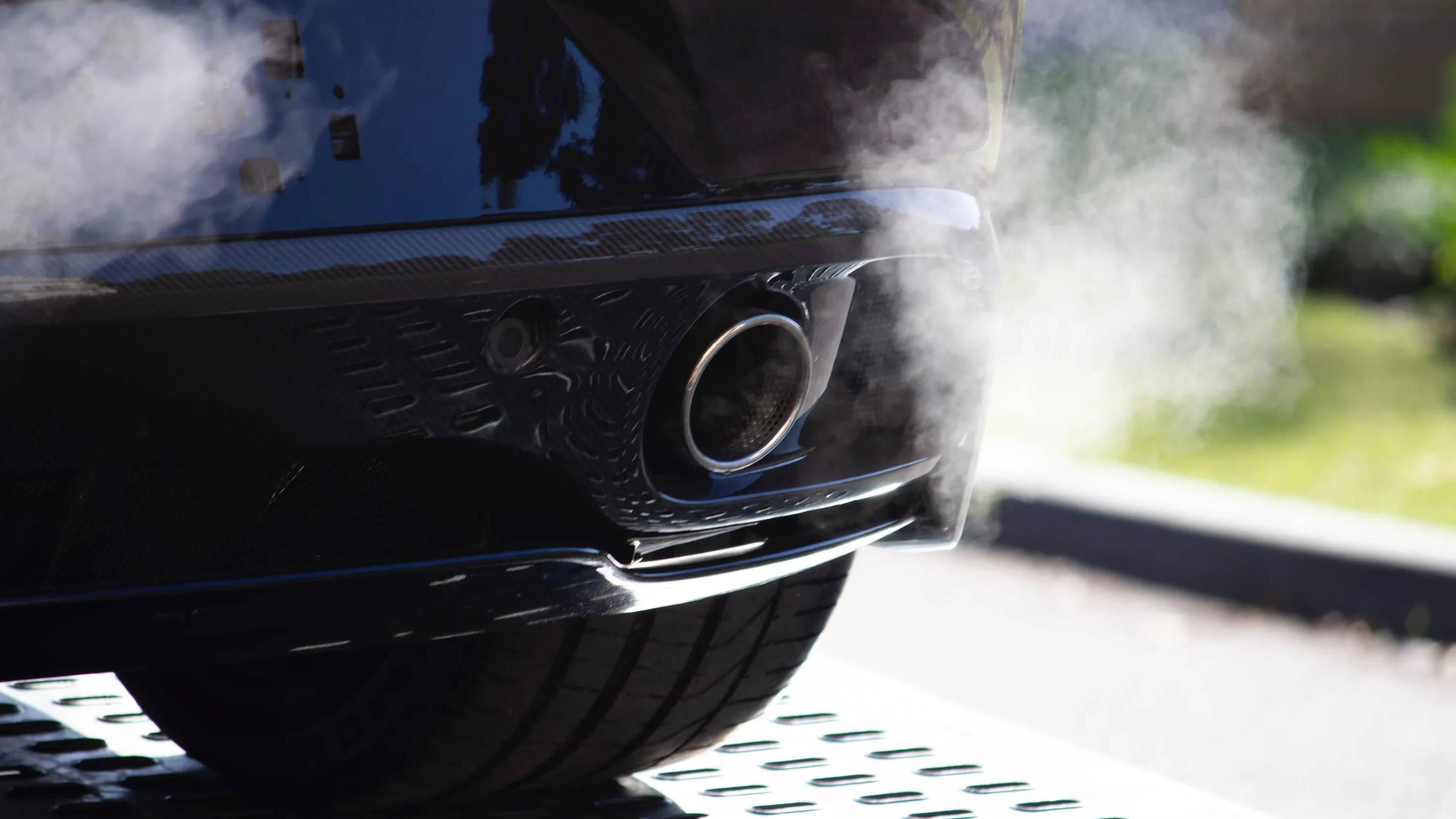 OBD-II scanners monitor and record your car’s emissions and alert you to sudden changes in emissions output. Smog test, smog check, I/M readiness testing or emission test all refer to measures that ensure the vehicle meets certain emission and engine standards. In other words, it will let you know if your car exceeds the federal limit for an emissions test.

How to choose the best OBD2 Scanner for your car 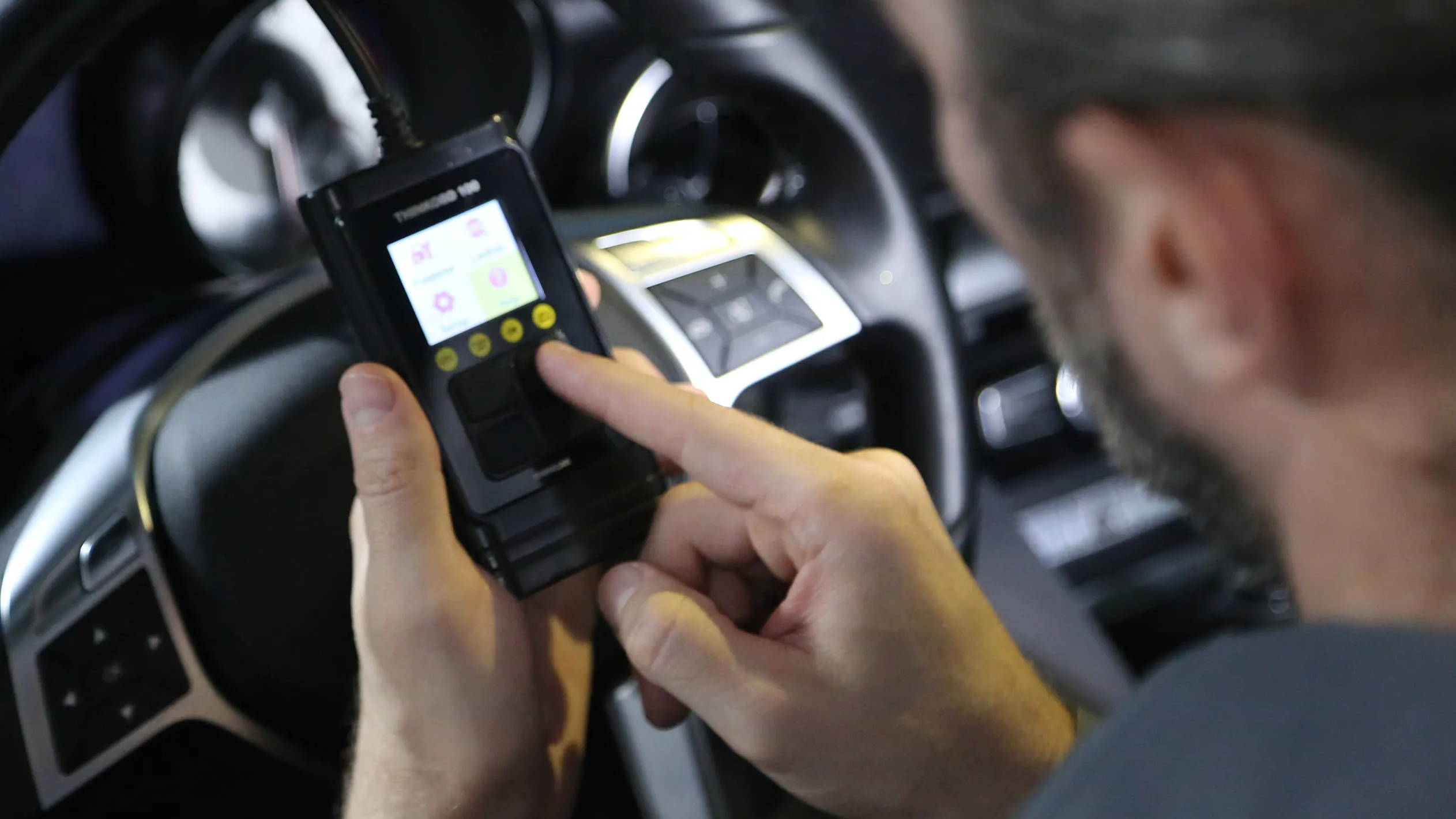 Choosing the right scanner for your needs is not always simple. There are hundreds of different autoscanners out there on Amazon: Ancel, Bluedriver, Autel Autolink, Foxwell, Innova, Launch Tech, Bafx (and the list goes on), and on BlackboxMyCar, you will find four OBDII scan tools. So how do you choose the best one for your car?

Pick a scanner that is compatible with your car (model, make, fuel type, protocols, etc.)

You have to ask yourself, which functions you need for the scanner. Are you simply looking for a scan tool that reads and interprets generic DTCs (Diagnostic Trouble Codes) or do you need one that supports manufacturer-specific codes?

Do you prefer corded or Bluetooth? Do you want an OBD scanner that comes with a built-in LCD screen or would you prefer using your smartphone?

While corded scanners have their benefits, many people prefer Bluetooth scanners nowadays and one reason is Bluetooth models work well with their mobile devices, particularly Android devices. Got an iPhone or iPad? Apparently, WiFi adapters work better on iOS (Apple) devices!

Bluetooth (and WiFi) scanners typically cost more than corded models. But, keep in mind, the price also depends on factors like warranty, features, etc. Not to forget, many of the Bluetooth and WiFi scanners offer additional features that you can purchase to beef up the functionality of the free app. Ideally, you will pick one that is within your budget.

We strongly recommend going for a scanner that comes with regular software/firmware updates. Some scanners can be updated online via the mobile app, while some need to be connected to a computer.

Which is the best OBD2 Scan Tool for my car? 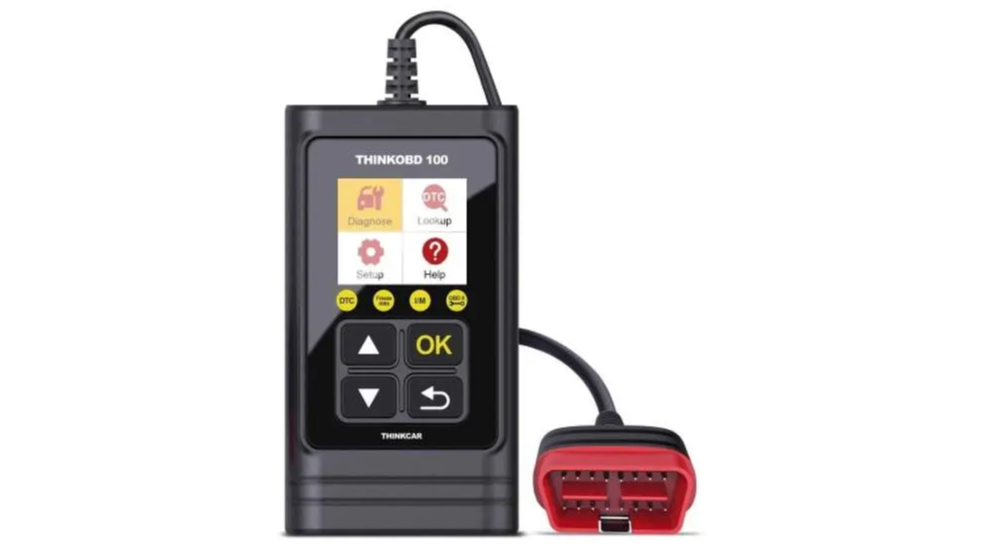 The ThinkOBD 100 is for you if you are a car owner looking for an easy-to-use scan tool to read and clear code and other standard OBDII functions, and/or you prefer not to install apps on your smartphone

USB cable (will need to connect to computer) 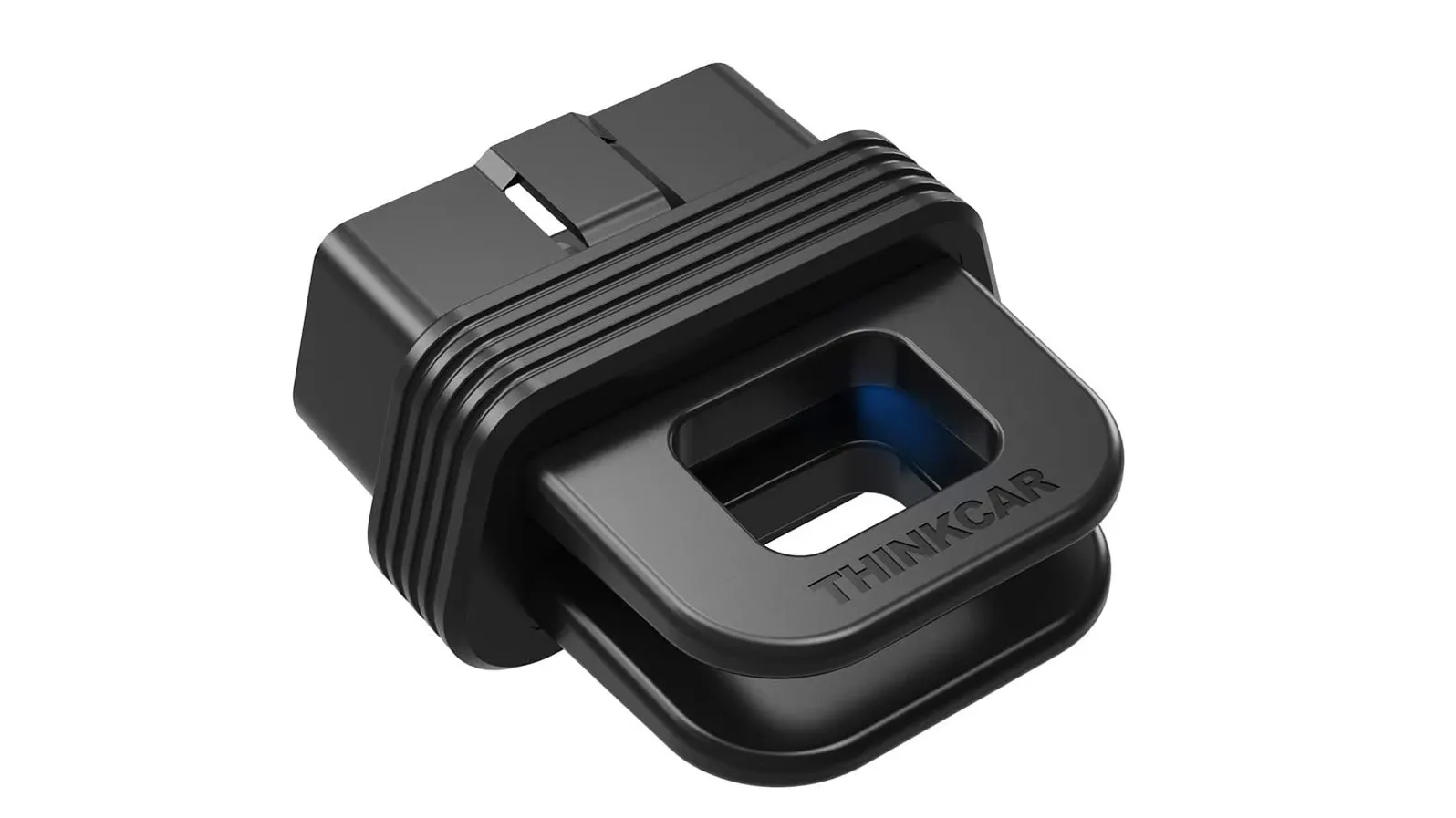 The ThinkCar 1S is for you if you are a car owner and a DIY (hobby) mechanic looking for something that goes beyond standard OBDII functions, including advanced system scans and remote diagnostics

Inspired by aviation, the THINKCAR 1S scan tool features a blackbox function. OBD data from your vehicle is recorded and stored in real-time allowing you to access historical data through the app. If you are ever involved in a crash or motor accident, the THINKCAR 1S functions as a standalone Event Data Recorder. Saved data can be reviewed by technicians to analyze the root cause of the vehicle’s issues. 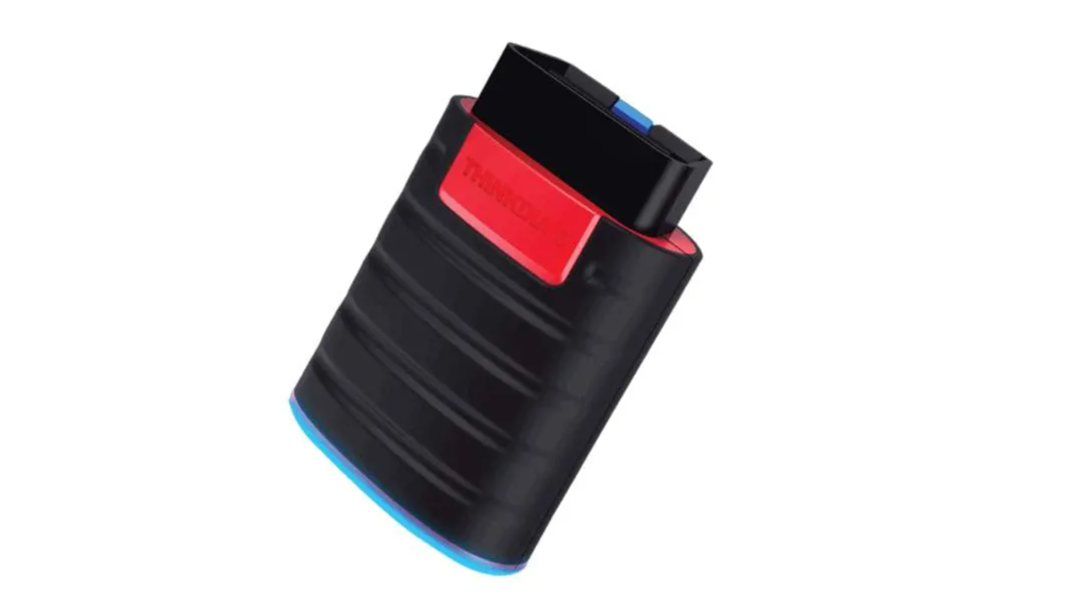 The ThinkDiag is for you if you have a small and medium repair shop, and/or you are a technician/mechanic looking for a professional-grade tool that can perform live data stream 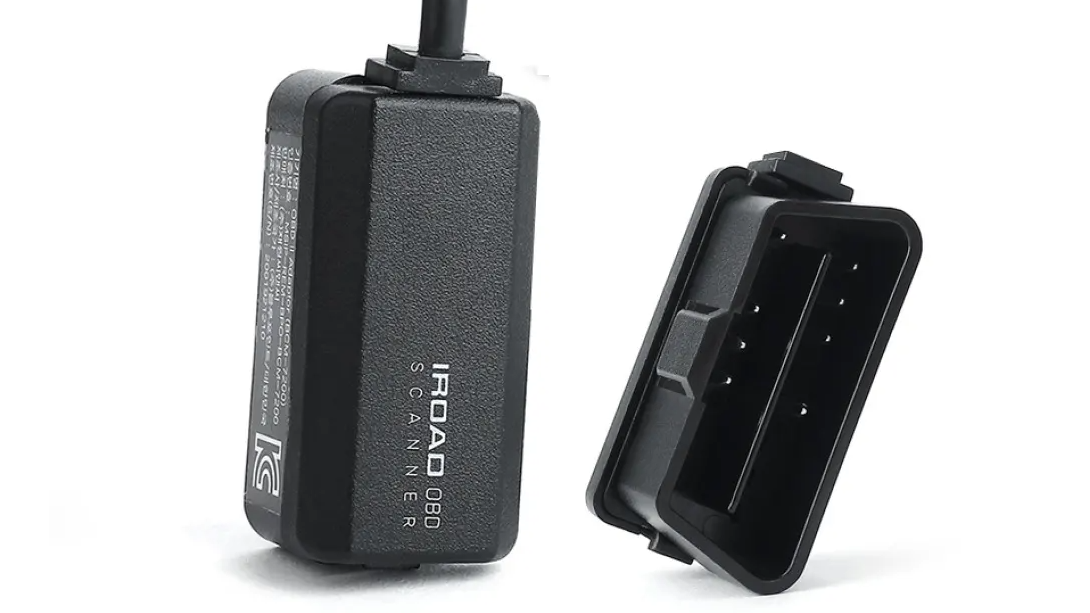 The IROAD OBD X-Scanner is for you if you own an IROAD X10 4K UHD Dash Cam and are looking for a tool for standard OBDII functions and driving insights, and/or you prefer a 2-in-1 tool

There is no one-size-fit-all OBDII scanner: each brand and model has its own advantages and falls short in some aspects, and each user’s requirements vary. What’s necessary for you as a car owner is to understand what you really need from your OBDII scan tool and how it can work to your advantage.

And, once you’ve chosen and installed the right one, you can feel safe and sound throughout your drives with all risks taken care of. Until next time, Safe Driving and Stay Healthy.

Be the first few to get news on new products, promos and more...

Want to be among the first ones to get news on dash cams and helpful tips from our dash cam experts? Subscribe to our newsletters to stay up to date with all of our special sales, new products, exclusives offers and giveaways and much more.

Stay up-to-date on the latest news, announcements, products and more.
We'll even throw in an exclusive 5% off welcome discount.