Which One Should You Get

We will be putting the two dash cams through five rounds of in-depth comparison to help you decide which one better fits your needs.

Disclaimer: This article only examines the differences between the Nextbase 522GW and the 622GW dash cams to help you determine which dash cam better fits your needs. We will not be comparing the Nextbase cameras with other dash cams on the market.

Round One: Design of the Dash Cams 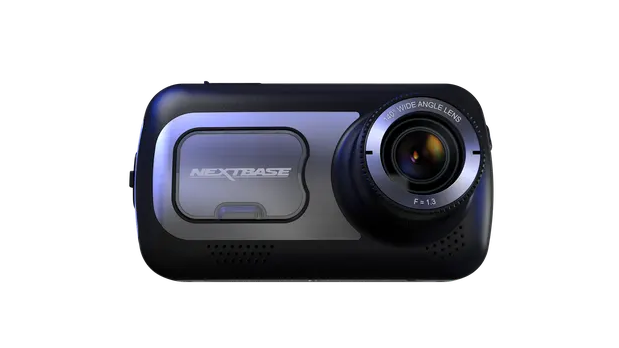 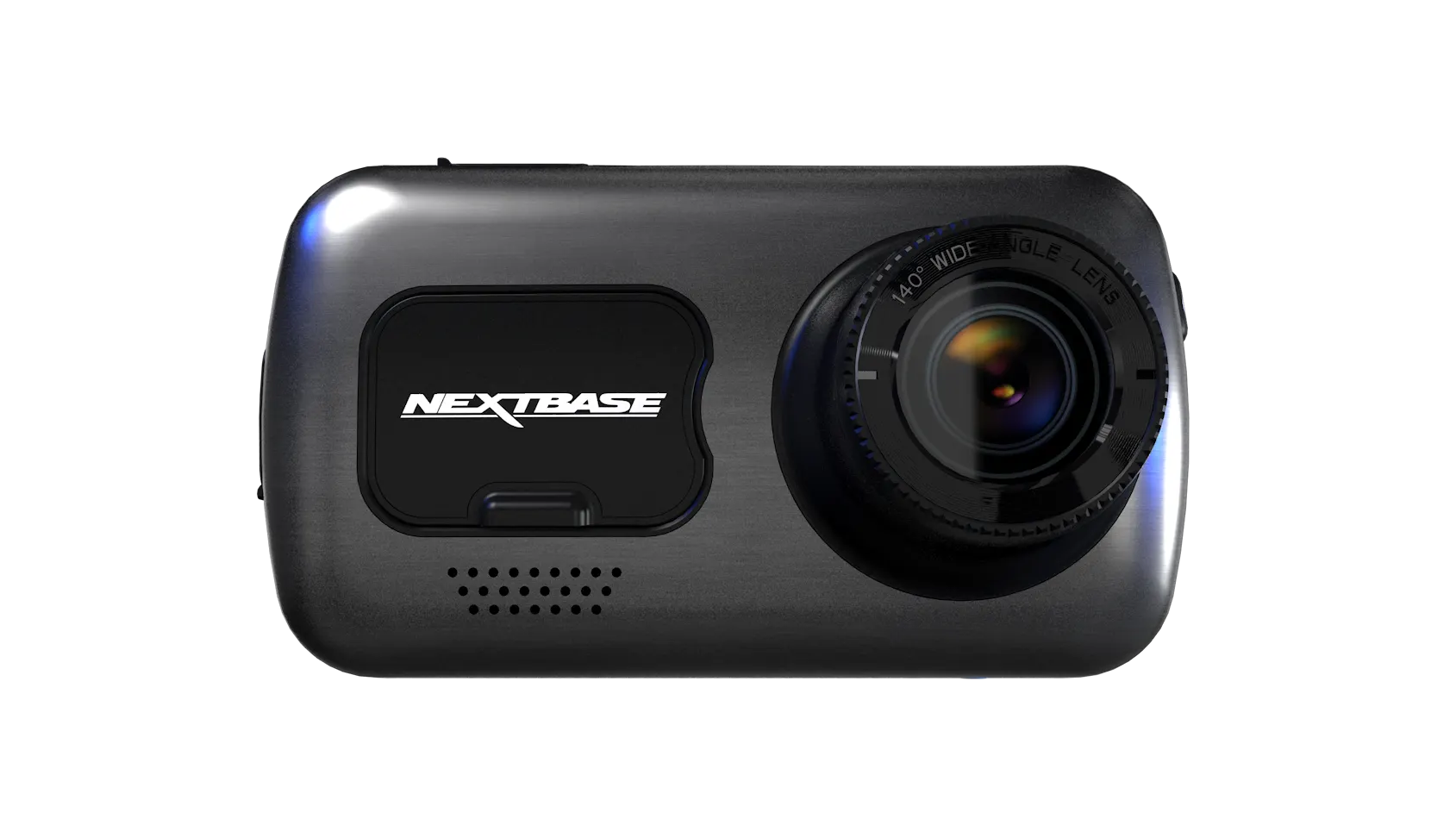 Aesthetically, the Nextbase 522GW and the 622GW are almost identical. Impressive build quality with a brushed metal front plate for a smooth look. While the 522GW features a black case, Nextbase has opted for a battleship gray for the 622GW. Both dash cams have a simple rectangular body with a three-inch touchscreen on the back of the camera. The front features a protruding camera lens, a built-in CPL filter (on a rotating bezel), speakers, and a magnetic flap where the magnetic mount attaches. The 522GW does measure to be a tad thinner, though.

Size-wise, Nextbase dash cams are larger than those of Garmin and Nexar; they are thinner than the VIOFO A129 Pro and VIOFO A129 Plus series and slightly smaller than the Thinkware Q800PRO. We installed the 522GW and 622GW in our vehicles, and both fit nicely behind the rearview mirror, staying out of sight.

Both the 522GW and 622GW use Nextbase’s Click&Go Pro mounting system that uses neodymium magnets to make installation quick and straightforward. This mounting system connects the power cables directly to the mount, so your dash cam is wireless. This comes in handy if you need to move the dash cam between vehicles, as all you need to do is install a mount in each of your cars, and the dash cam fits into each of them the same way. In other words, the Click&Go Pro mount combines the flexibility of the traditional suction mount and the sturdiness of a 3M adhesive permanent mount. GPS tracking is built into the Click&Go Pro mount so your footage can be tracked and mapped on the Nextbase desktop viewer.

Both the Nextbase 622GW and the 522GW are easy to use, thanks to the three-inch HD touchscreen on both dash cams. Menus on the display screen are uncluttered and simple, making the setup process straightforward. You can transfer files directly from the dash cams to your computer using the included USB cable. 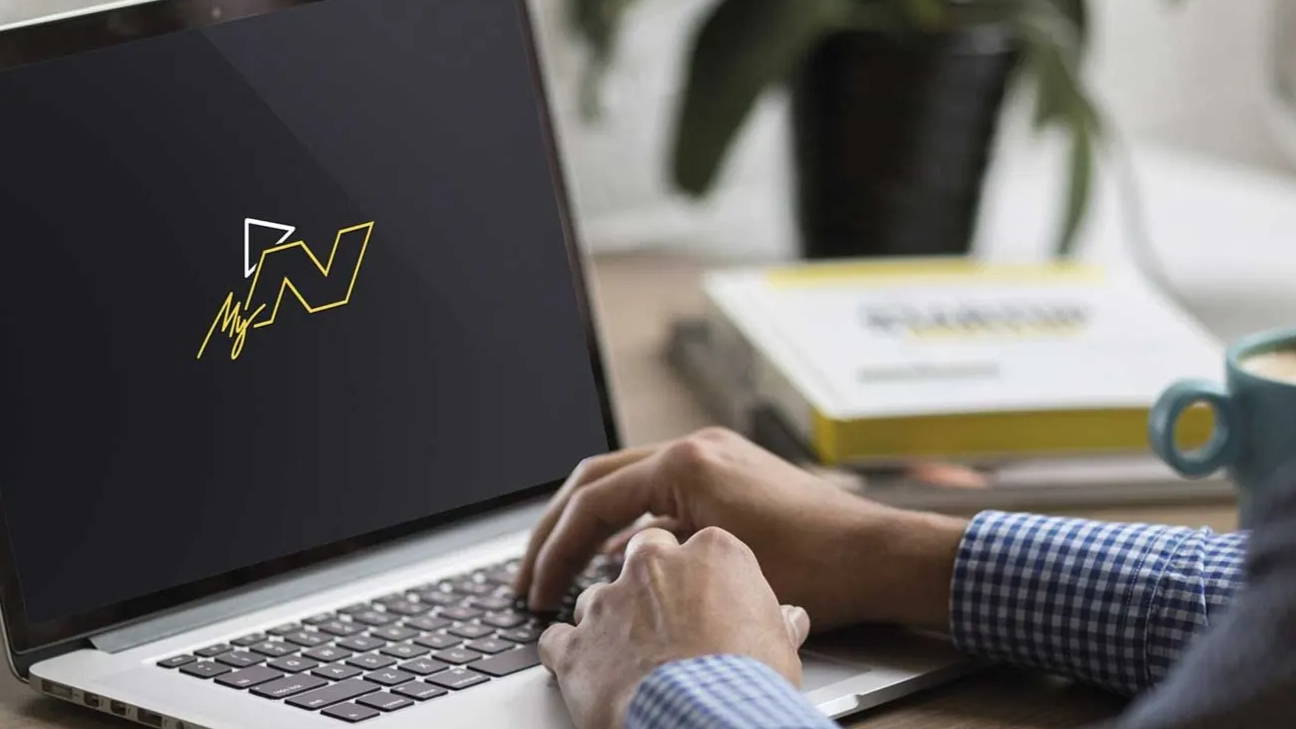 Neither the 522GW nor the 622GW comes with a microSD card, so you will need to purchase one separately regardless of which dash cam you choose.

Here’s what you can expect from various memory card sizes:

* Recording based on default settings for 1-Channel

As you can see, by jumping from 2K to 4K video resolution, the file sizes increase by 2.5 times - which means you will need to consider getting a larger capacity memory card if you choose the Nextbase 622GW dash cam.

There is a tiny 320mAh built-in internal battery in both of the dash cams to give you about 15 mins of recording time, which according to Nextbase, is enough to capture someone beating on your car for 15 minutes or catch approximately five incidents while parked. Need extended parking mode coverage? The Nextbase hardwiring cable as well as the BlackboxMyCar PowerCell8 Dash Cam Battery Pack work on both dash cams.

The 622GW and 522GW are even in this round, but because of the extra costs for the 622GW and additional microSD card, The 522GW wins this round again. 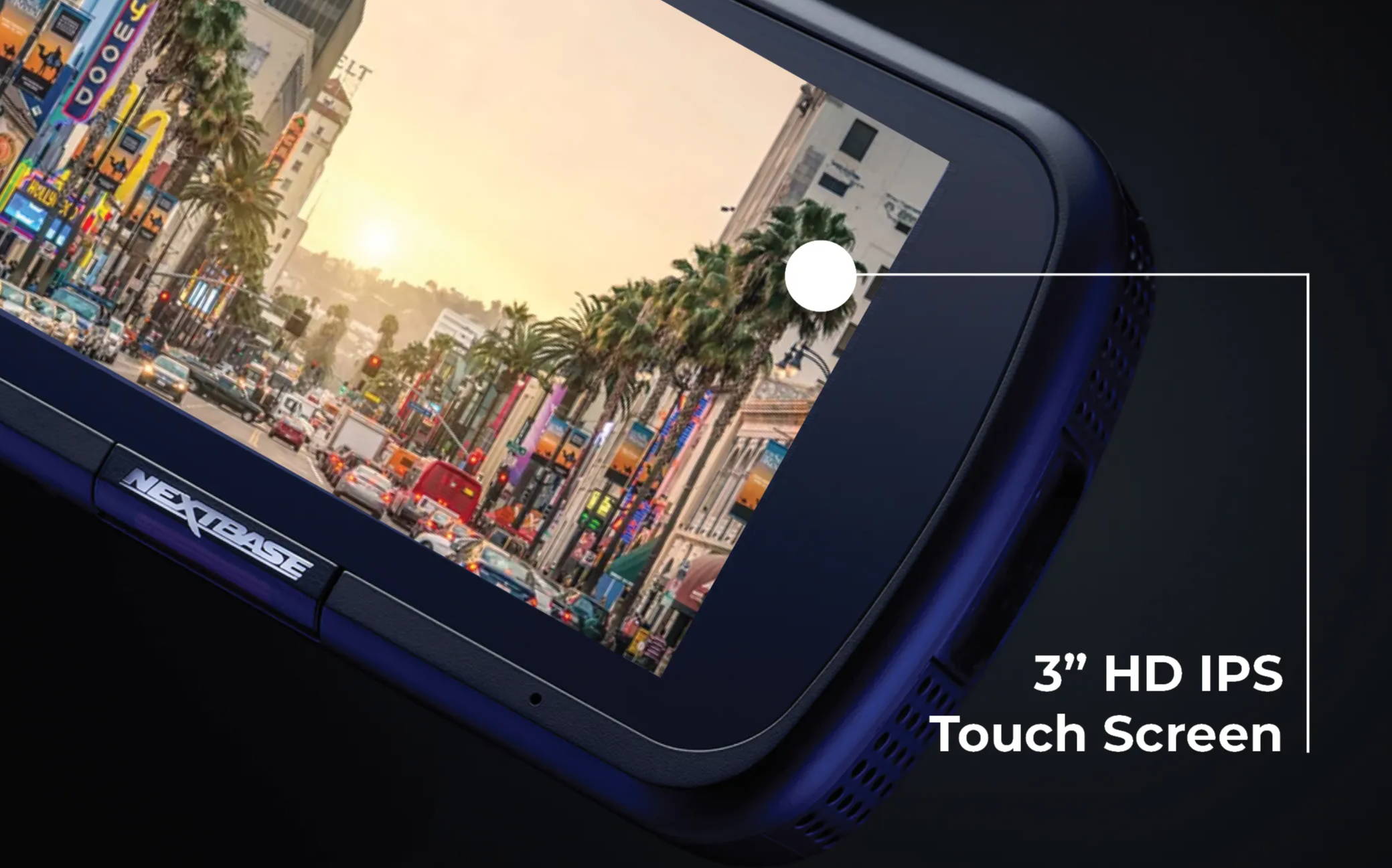 Touchscreen comes with on-Dash-Cam editing, where you can simply edit your videos on the Dash Cam

*You can use the built-in Alexa voice control to help you start or stop recording, take a photo, play music, make a call, and all the other neat things that Alexa can do without taking your eyes off the road and your hands off the wheel. Note that Nextbase’s mobile Alexa function only supports Amazon Music, unlike an Amazon Echo, which allows third-party apps like Spotify.

Regarding safety features, both dash cams are compatible with Nextbase’s Emergency SOS service, which works in tandem with the MyNextbase mobile app to help you call emergency services in the event of a collision and you are unable to do so yourself.

Perhaps the most significant advantage of the Nextbase 622GW over the 522GW is the What3Words integration, which can pinpoint your location and encode the geographic coordinates into three permanently fixed words. The Emergency SOS feature then takes that information and provides an even more precise location for emergency services to narrow your whereabouts to a three-meter squared area so they can reach you quicker. Best of all, what3words doesn’t require a data connection, making it extra valuable if your vehicle is lost or caught in a bad accident and you’re outside your data coverage zone.

Adding What3Words pushes the Nextbase 622GW above the 522GW in this round.

Round Four: Video and Recording 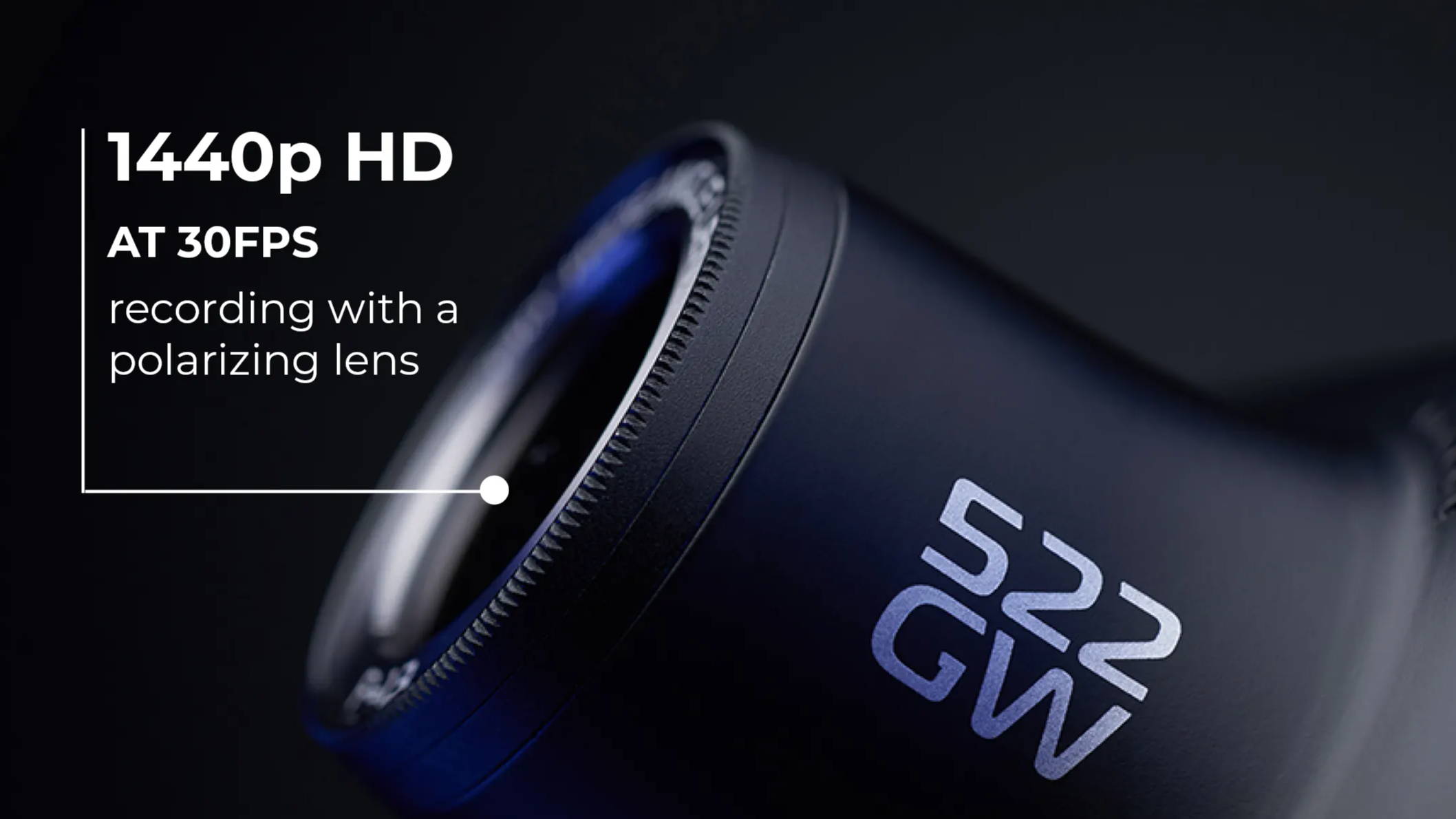 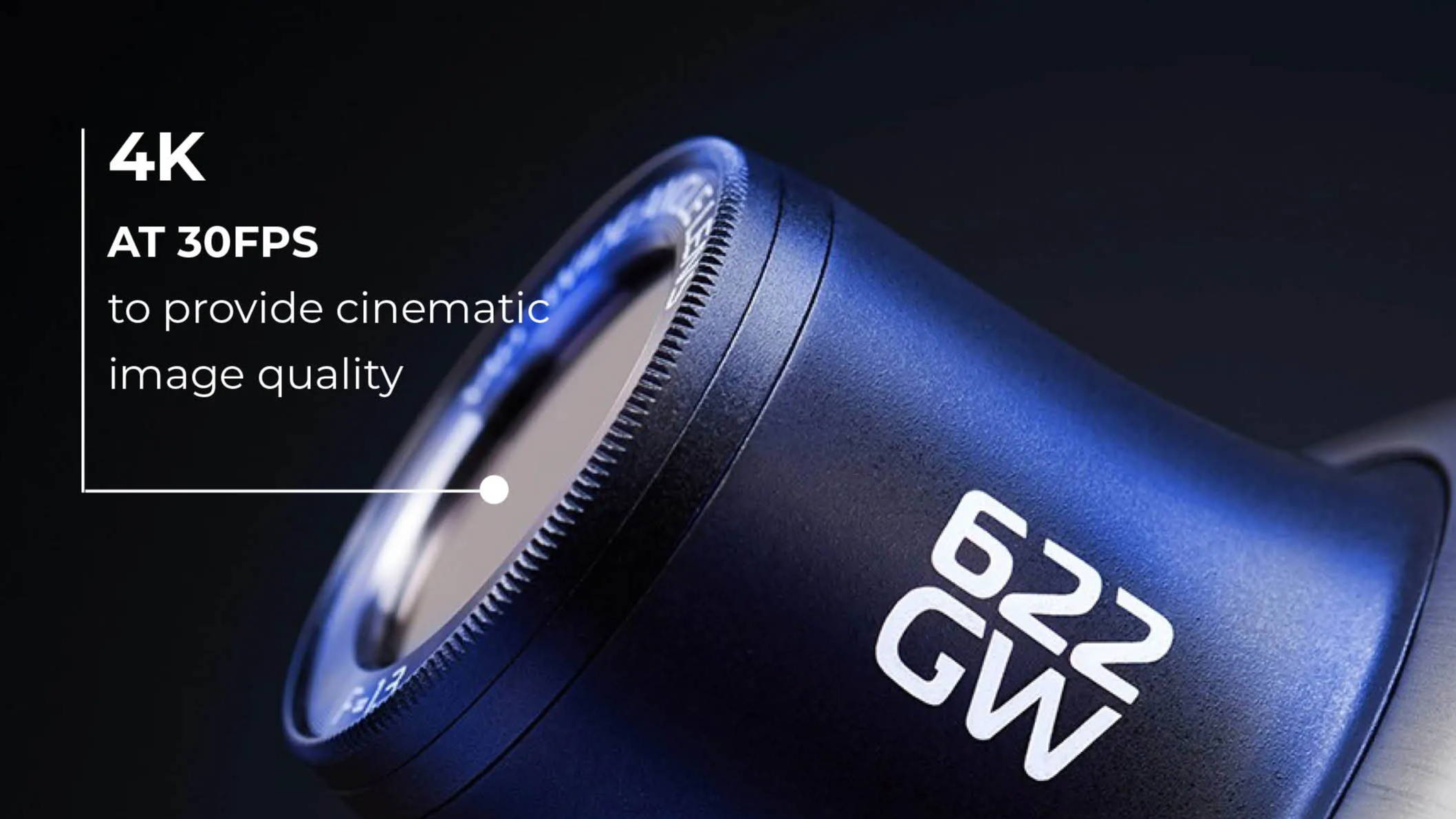 Both the Nextbase 522GW and the 622GW sport an Ambarella chipset, a six-layer f1.3 lens with a 140° wide field of view, and comes with a built-in polarizing filter.

With a Sony STARVIS 5.14MP sensor, the 522GW records 1080p Full HD video at 60 frames per second or higher-resolution 1440p at 30fps, which means you can pick between higher resolution and a higher, smoother framerate.

The 622GW uses an Omnivision 8MP image sensor to offer 4K at 30fps. The 622GW also can record Full HD 1080p at 120fps and 1440p/2K QHD at 60fps. Nextbase calls the 120fps recording Super Slow Motion because it allows you to playback the action frame by frame in slow motion for details you might have missed.

In other words, the 622GW takes the higher resolution option of the 522GW but doubles the frame rate. Also, note that because of the software upgrades and sensor improvements, the 622GW’s Enhanced Night Vision looks better than the 522GW.

Extreme Weather Mode lets the 622GW capture number plates even in heavy fog or mist. With Digital Image Stabilization, the 622GW’s video quality doesn’t look compromised because the road was too bumpy or rocky.

Round four was one-sided, with the 622GW delivering sharper, cleaner 4K recording quality in a broader range of roads and conditions.

Based on all the rounds, it would be difficult to say which one is the better option, the Nextbase 522GW or the 622GW.

The 622GW is Nextbase’s current flagship, offering better video quality and safety features. But the price will likely take priority when it comes to deciding which one’s best for your needs. 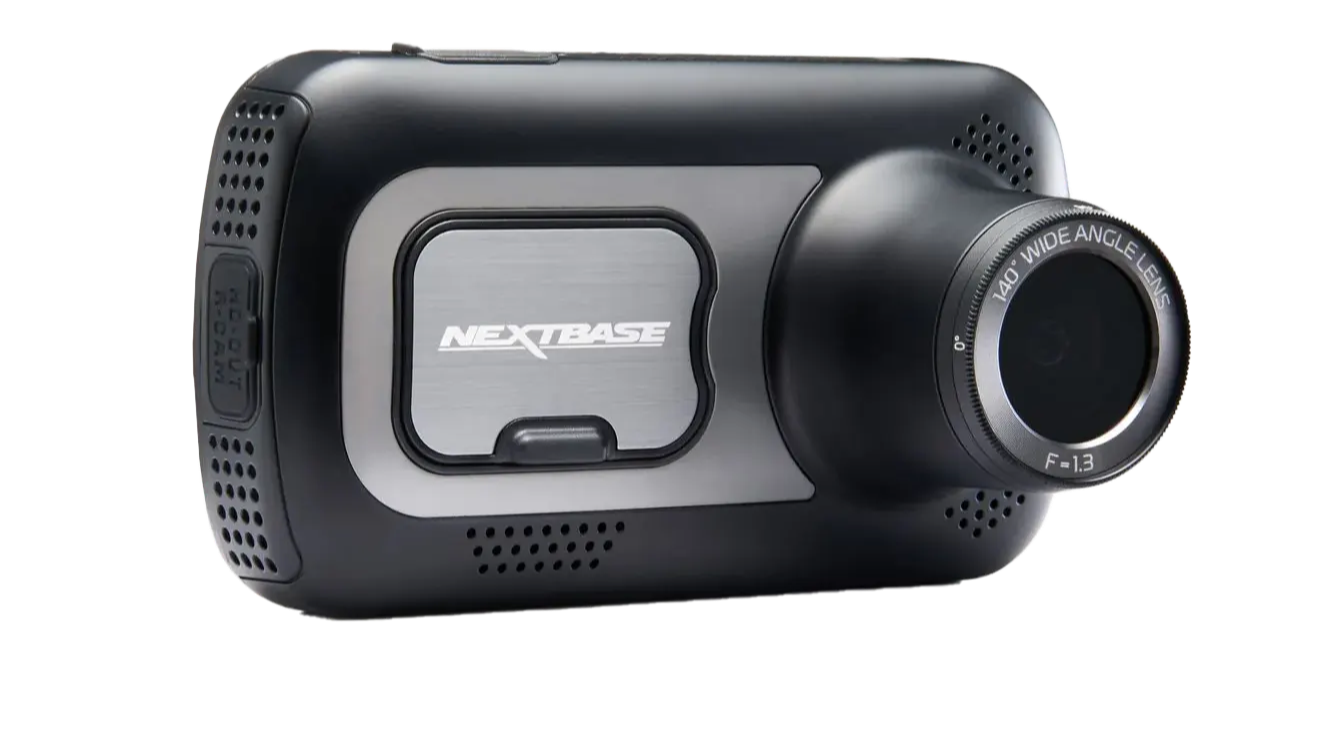 It’s a toss. Some, including us, think the extra $100 investment is fair, but perhaps you might feel that 2K QHD is good enough value for money and needs.

We have been working with Nextbase since early 2022, and so far, we can say they are a fantastic company to work with, their products are great and their support team is helpful. Both the Nextbase 522GW or the 622GW are great dash cams to have for your drive.