Perfect for commuters or those who ride a motorcycle or scooter for a living, as well as all motorsports vehicles. Thinkware prioritizes safety and the M1 Motorsport Dash Cam is no different. Thanks to the M1’s rugged & weatherproof IP66-rated body, the M1 is built to withstand any weather and road conditions. If you are looking for a hassle-free device to reliability capture your ride moments, the Thinkware M1 Motorsports Dash Cam has your back.

Super Night Vision 2.0 with 2.13MP Sony STARVIS image sensors records in 1080p Full HD, of front and rear views, for a crystal clear picture quality day or night, even in low light. The front and rear cameras both come with a 140-degree viewing angle to provide a combined 280-degree coverage of the road - this surveillance range not only captures comprehensive footage of each ride, but also gives you peace of mind every time you swing your leg over your motorcycle. 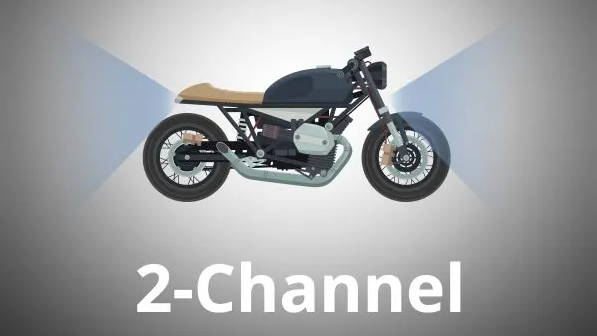 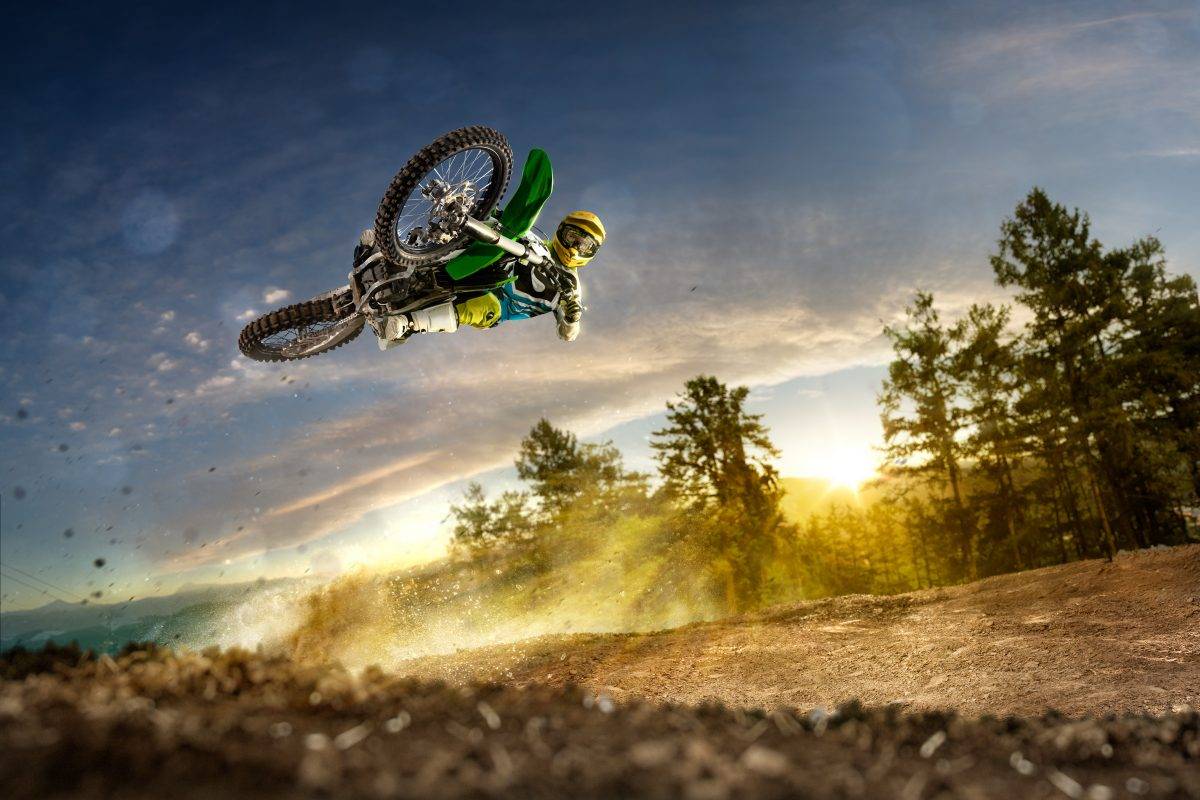 The M1 Motorsport Dash Cam uses advanced real-time image enhancement technologies to minimize device shakiness and motion blurring to ensure smooth and steady recording no matter what terrain you're riding on. No more shaky footage due to bumpy roads or vibrations.

Riding in the rain? Taking your bike off-road? Enjoy your ride without fear of rain, dust, or mud, thanks to the M1’s rugged & weatherproof IP66-rated body that allows it to withstand any conditions. 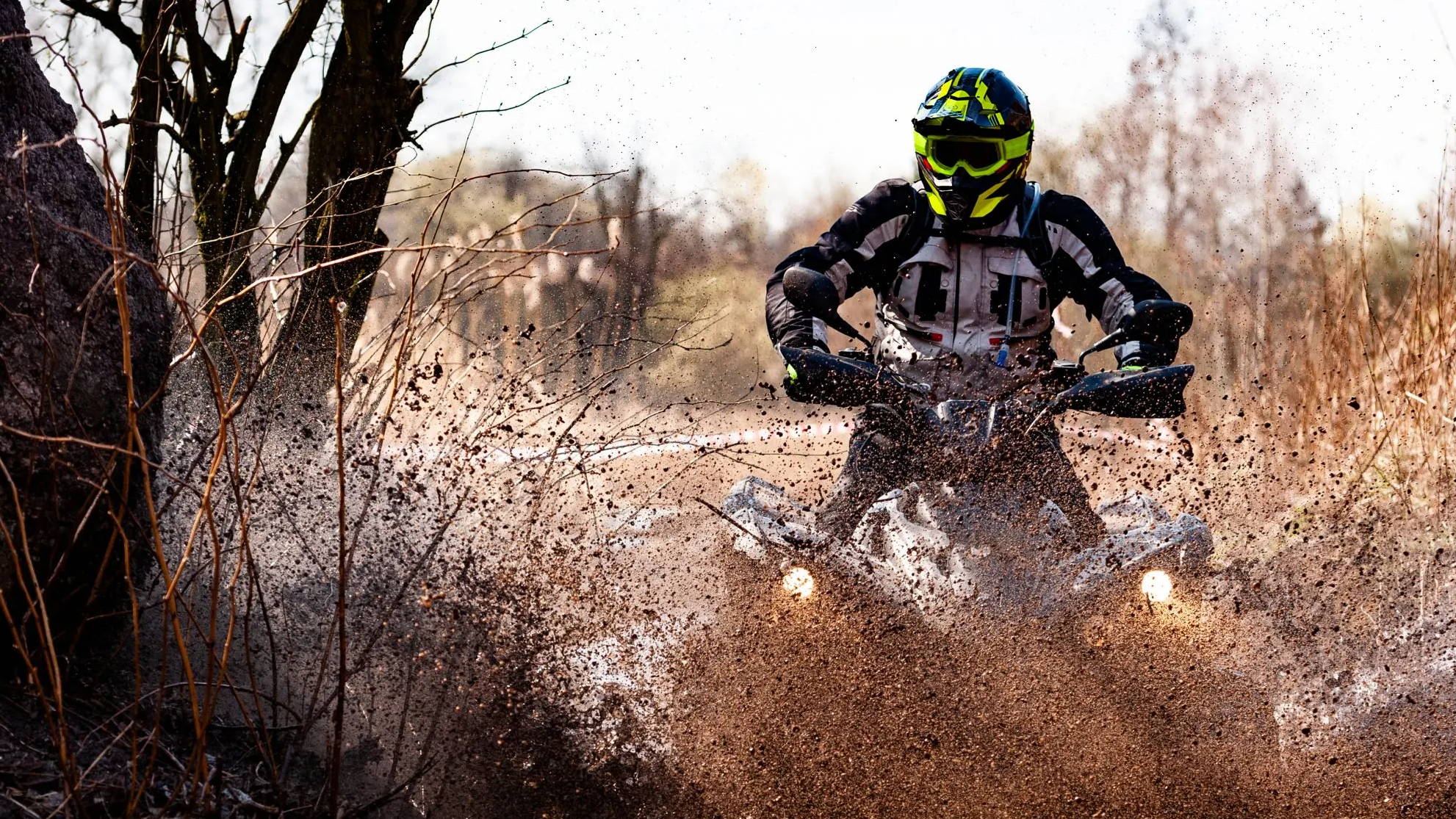 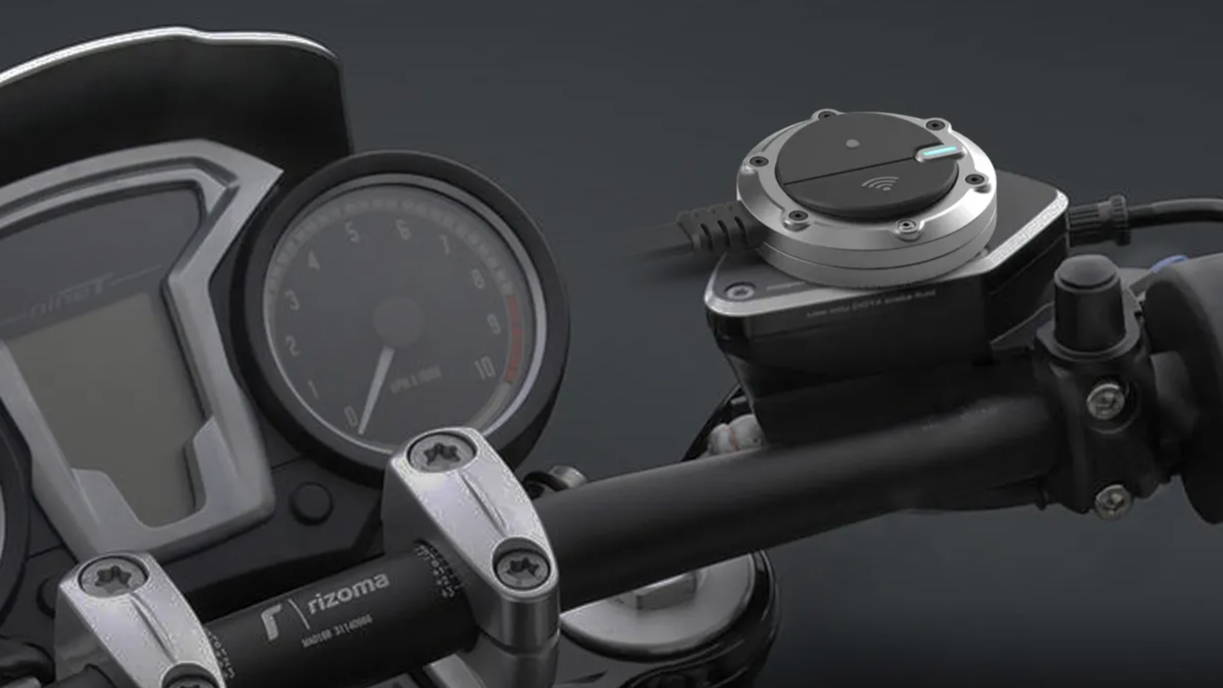 Forget the hassle of checking whether or not your camera is recording. Once installed, the M1 operates autonomously. The cameras will automatically start recording when you start the ignition, and power down when you turn it off. Recording one-minute clips to the memory card. The camera can log up to 177 minutes of footage on a 32GB microSD card. Even if you're on a trip that lasts more than two hours, the camera will overwrite the oldest files to ensure you never lose your most important footage.

You can also manually record specific moments using the remote control button. These manual recordings will be stored in a separate folder so they are safe from the camera's overwriting function.

Get evidence of your fastest speeds alongside the video footage with built-in GPS antenna - perfect for pre-track day training!

While most other motorcycle dash cams that offer GPS as an external plug-in module that needs to be mounted on your bike and then plugged into the main camera unit, the M1 has the GPS antenna built right into the main unit, freeing up more space on your bike. 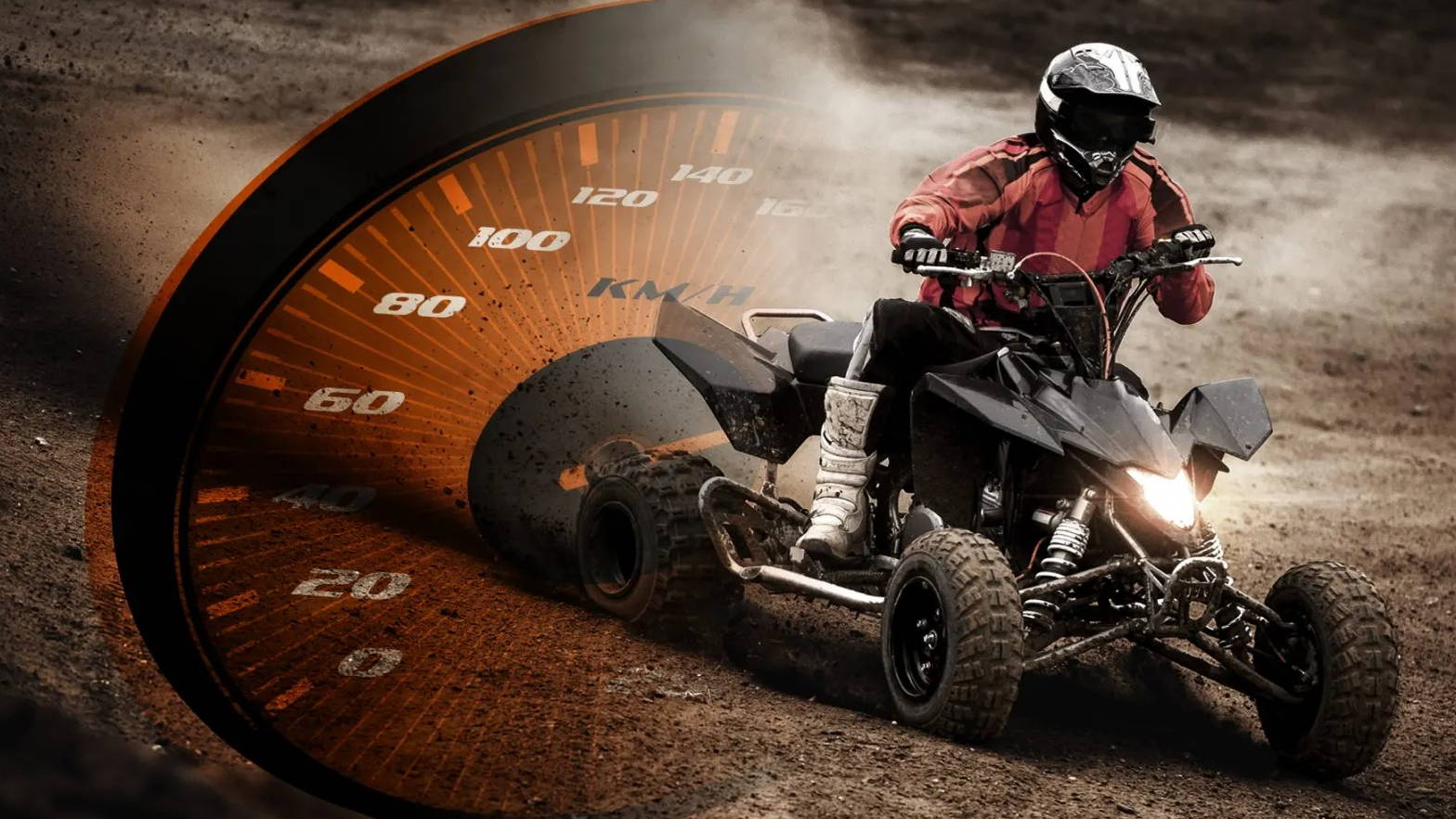 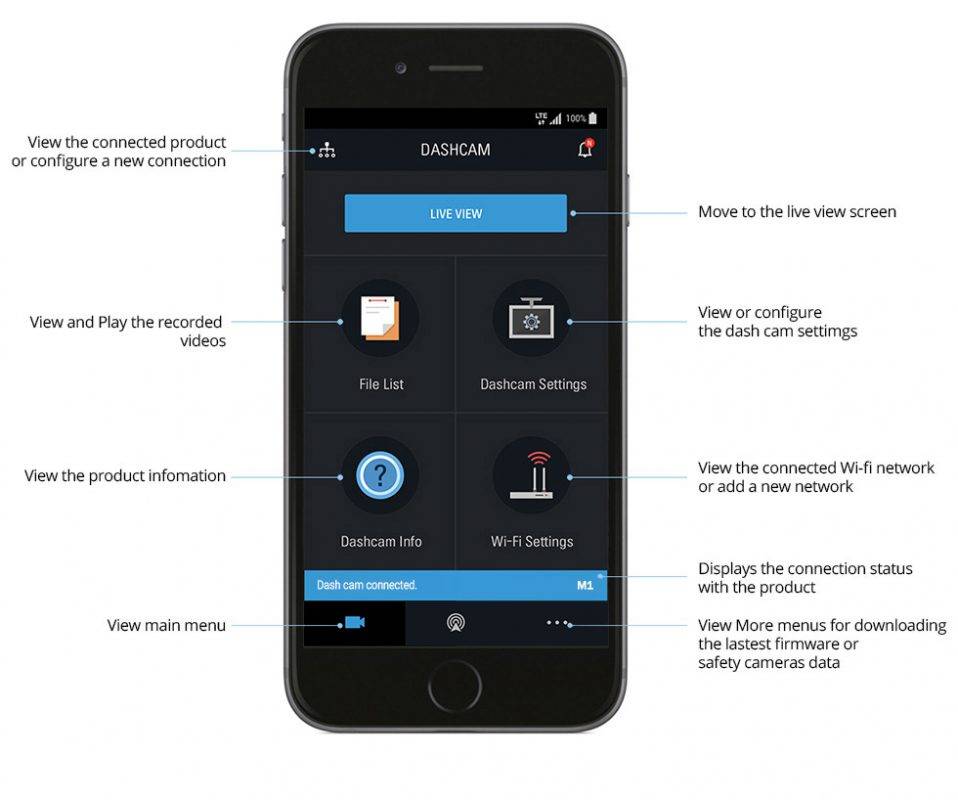 Also built-in to the THINKWARE M1 cam is WiFi, allowing you to remotely connect to the M1 with your smartphone. After you download the free iOS or Android Thinkware app you can save videos on to your smartphone phone or tablet to share moments with your friends and family, and to make dash cam setting changes. Because the M1 does not have a screen, you will need to do this in order to set the camera up.

You can also playback your footage on your desktop or laptop with the free Thinkware Viewer with location, time and GPS data so you're always in the know.

All About the M1 with Thinkware

Very pleased with the M1. Installation was straightforward, quality of the product and video is very good. My 1st motorcycle video experience and turns out to be a great product. Good price, great delivery and follow up/support by Blackboxmycar has been superb. Highly recommend.

Hi Bob, thank you for shopping with us and leaving a review. If you require any further assistance please don't hesitate to contact us.

The whole thing works ok. Image quality is fine (not the best but acceptable). Microphones are useless but wasn't expecting them to be working on a noisy environment like a motorcycle.

My main issue is the way the whole thing is made. It assumes the "box" will be under the seat which is in the rear part of the motorcycle. My issue is that I have a Honda NC750x... absolutely no space under the seat for this (under the not really removable seat is the fuel tank!). I have a 20L compartment in front of the seat (where the fuel tank usually sits on another motorcycle). Now this is perfect for the box.. but the front camera's wire is then way too long.. and the rear one way too short. I ended up installing both in front... with the rear one pointing back at an angle... which covers my left blind spot but my legs and rear luggage hide the back.

Also, as one other reviewer noted, the remote control wire is attached to the box.. no connectors to disconnect (like the cameras) and it needs to fit where you want to route the wire.. which was fine for me but might be a big issue for other... The wire is rather large but flat... unfortunately the remote itself 3-4x times the width of the wire which will restrict placement.

I've also found that the indicator LED is completely useless outside when sunny.

Overall not too bad.. but at that price point was expecting more.

Nothing to dislike about this product. It’s well built and was simple enough to install on my sport bike. I mounted the front cam next to windshield on the right, near mirror stem. And the rear cam under the seat upside down. It’s easy to twist the cam around or flip the video 180 degrees from the app. 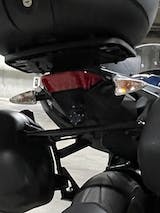