Marijuana & Driving: Can I Drive While High?

If you have ever watched Cheech & Chong or Harold and Kumar, you'll notice that no one seems to be worried about driving while high - it's heroic and hilarious - good entertainment.

The problem is that it's not just a movie thing: half of marijuana users think it is acceptable to drive stoned, according to a major national study by PSB Research in 2019. But is operating a car high on marijuana not that dangerous? 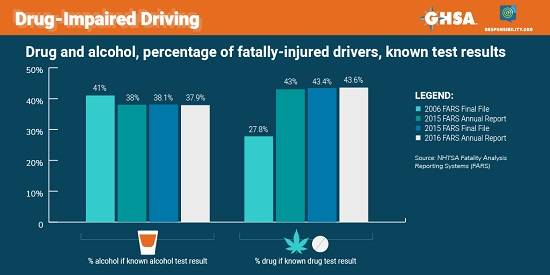 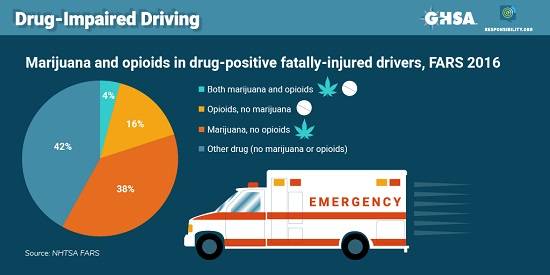 Marijuana users are about 25% more likely to be involved in a crash than drivers with no evidence of marijuana use. In 2015, an NHTSA study found that 13% of nighttime, weekend drivers have marijuana in their system, from 9% in 2007. After alcohol, marijuana is the drug most often linked to drugged driving.

To make matters worse, the people most likely to say they have driven while high were people in the 21-25 age group. The second highest group were people between the age of 16-20. That is a concern considering people between 16-20 are the youngest drivers on the road. New drivers already have a higher risk of accidents because of their inexperience on the road.

Impaired driving is the primary criminal cause of bodily harm or death in the US. According to NHTSA, drug use among fatally injured drivers tested for drugs rose from 25% in 2007 to 42% in 2016, and marijuana presence doubled in this time frame.

Further research from the AAA Foundation for Traffic Safety found that the number of drivers in Washington who test positive for marijuana after a fatal crash has doubled—from about 9% to about 18%—since the state legalized it in 2012.

Is it legal to drive high?

Every state has its law that addresses marijuana-impaired driving. Arizona has a zero-tolerance law while Nevada has specific per se limits. 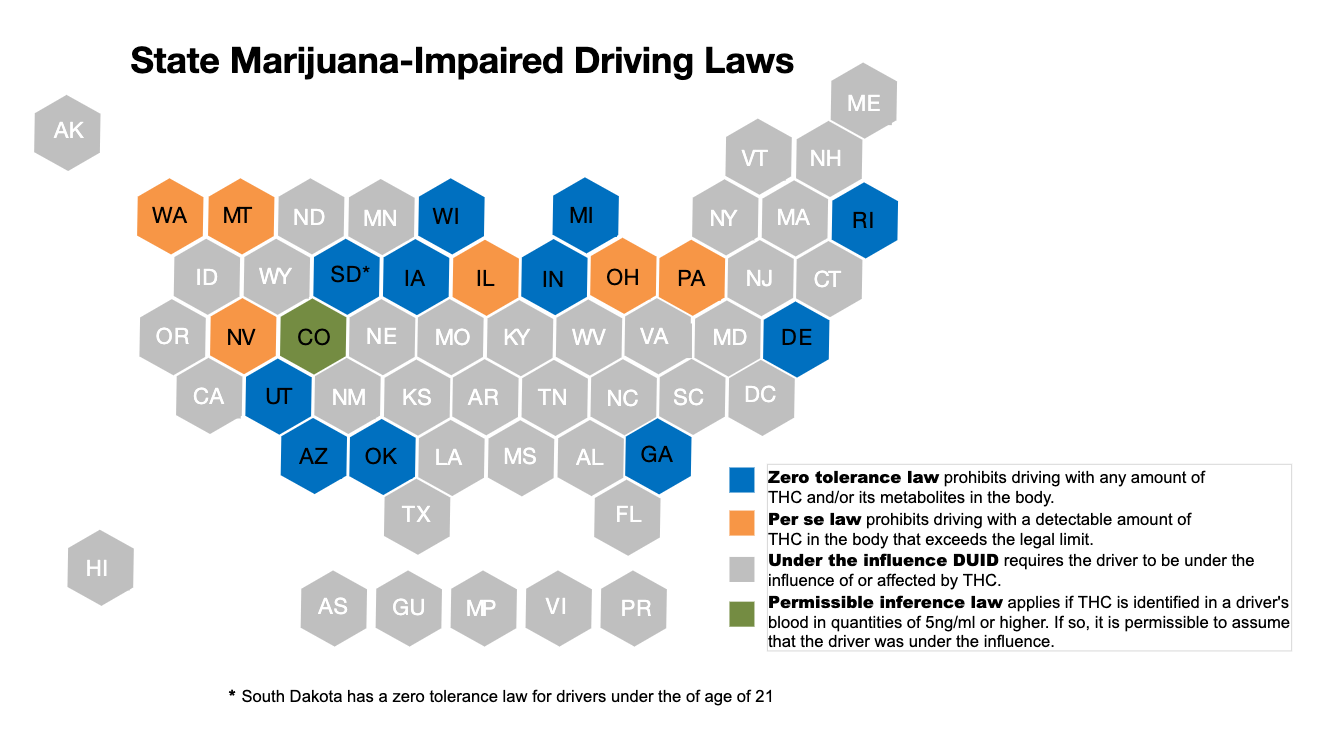 But is it safe to drive while high? 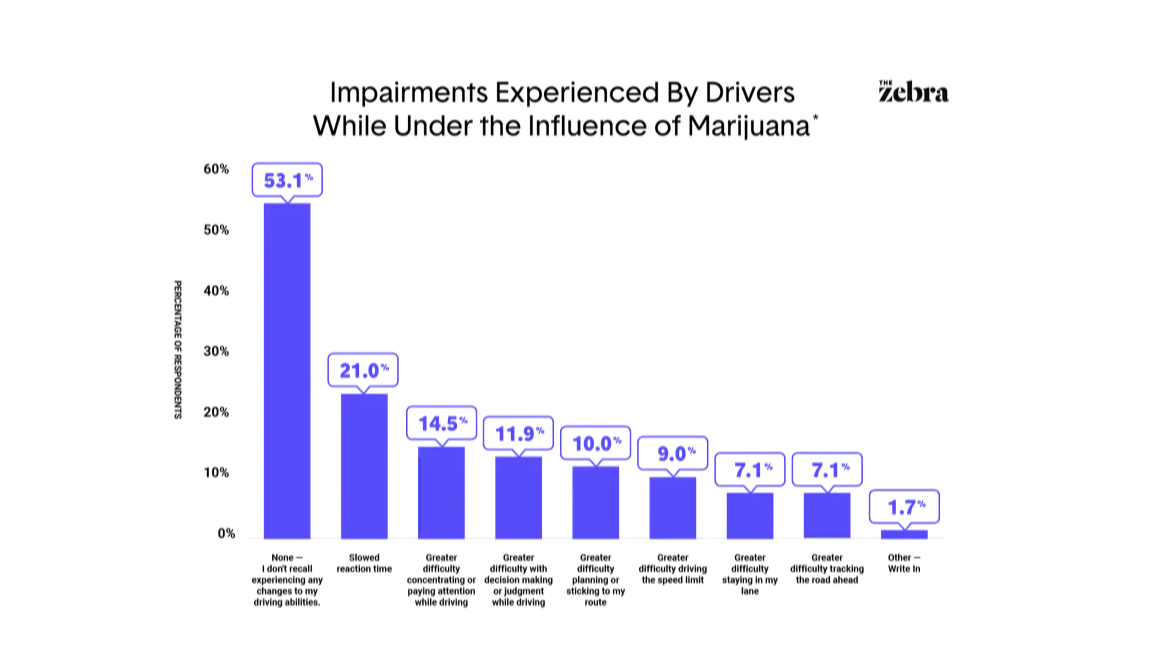 In general, consumption of marijuana causes people to feel euphoric, relaxed and experienced heightened sensory capabilities. Some will also experience sleepinessed, lack of concentration, forgetfulness and an altered perception of reality - not exactly the best conditions to be operating a vehicle.

When you drive a vehicle, you need to be alert and focused. Consuming even small amounts of cannabis affects your ability to react and increases your chance of being in a crash. Cannabis can impair your ability to drive by:

As you can imagine, it is definitely not safe to drive while high on cannabis (or meth, painkillers, or any other drugs).

Is driving while high worse than drunk?

Both alcohol and cannabis consumption can lead to lapses in your decision-making and spatial awareness. Both can inhibit your reaction speed and alertness on the road. And just like alcohol, how you react to cannabis varies depending on the potency as well as the person. Factors include a person's body weight, their ability to metabolize the substance and their level of tolerance.

So, the answer is, it's different from person to person and it's impossible to say if driving drunk is better or worse than driving while high. But, from all statistics we know that both have deadly consequences.

How long should I wait before driving after consumption?

Because everyone is different, it is hard to say how long you should wait before driving after consuming cannabis. Cannabis can impair each person differently. The impairment can depend on the method of consumption (i.e. smoked, inhaled, ingested), the quantity of cannabis consumed, and the variety of cannabis and its THC levels, including cannabis prescribed for medical use.

Washington's Liquor and Cannabis Board recommends at least 5 hours for inhaled marijuana, longer if it's an edible. 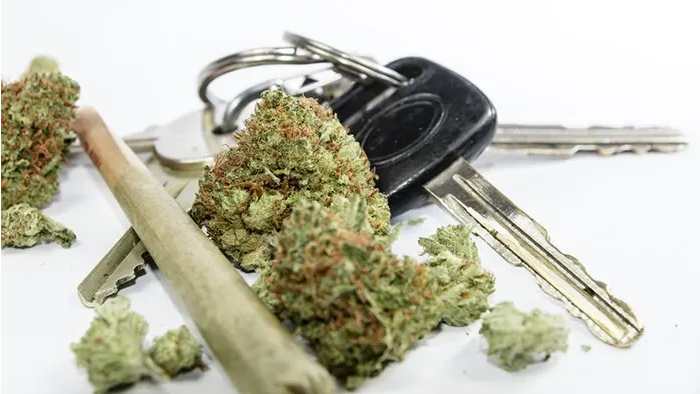 In other words, if you don't feel well, don't drive. Or better yet - if you plan on consuming cannabis, don't drive.

Young people continue to be the largest group of drivers who die in crashes and later test positive for alcohol or drugs, and yet, only 11 percent of parents surveyed said they had discussed the risks of driving under the influence with their teenagers.

You probably don’t think that drugged driving is that common, but in 2017 a survey was done with people ages 16 and older. Of those surveyed, 21.4 million admitted to driving after drinking alcohol, and 12.8 million drove after using illicit drugs.

Carolyn Swinson, the director of victim services at the Toronto chapter of Mothers Against Drunk Driving, said in an interview that parents need to have more honest conversations about the risks associated with cannabis. The important thing to teach our young and new drivers on the road is that even if something is legal, it doesn’t mean that driving on it isn’t illegal. If marijuana is legal where you live, it isn’t legal for you to get in the car while buzzed or high and swing through a drive-thru.

Start a conversation with your children about impaired driving. It could save lives.

How to Stay Safe on the Road

How to protect yourself from a driver that's driving under influence? 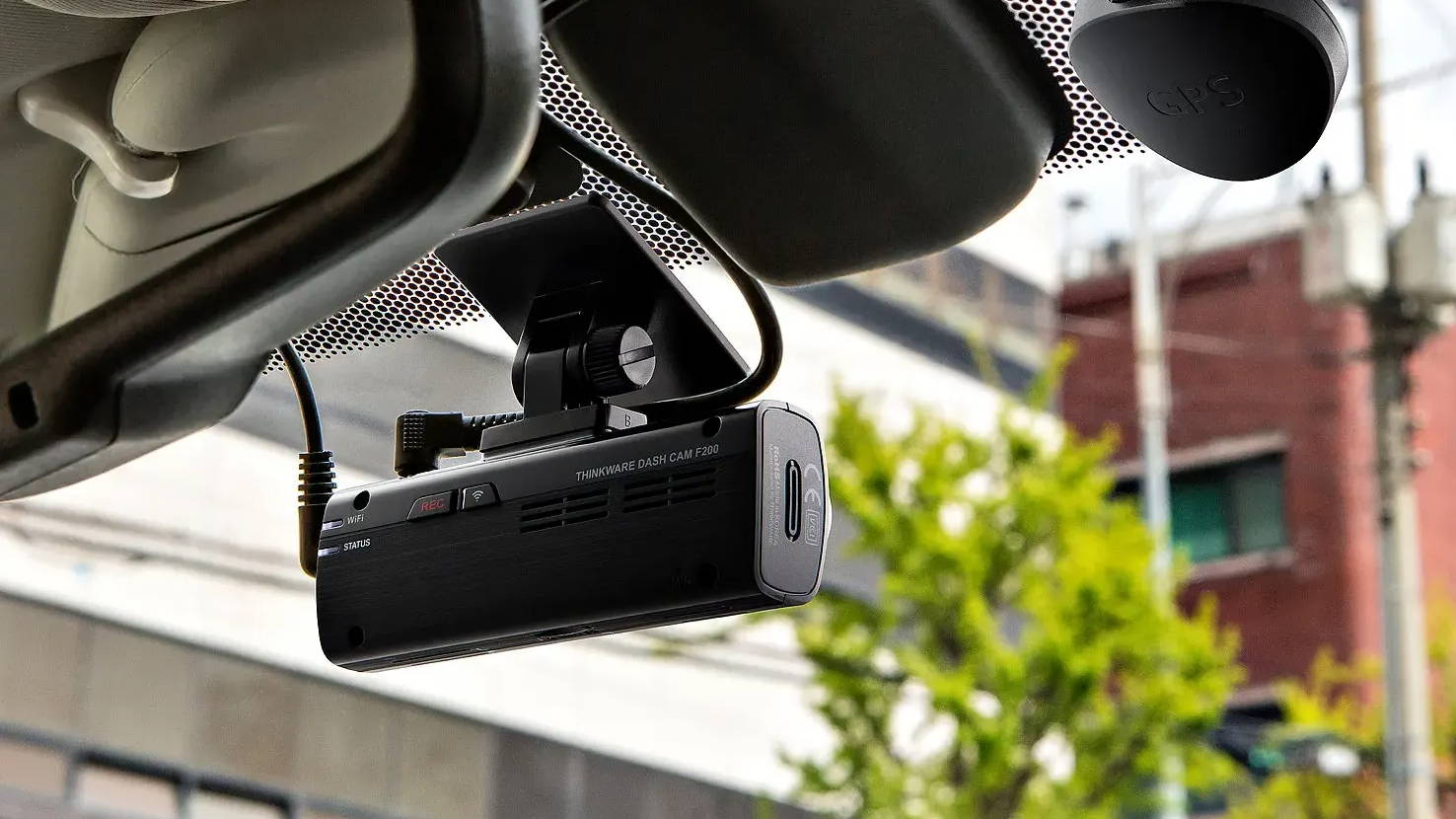 There are many different ways that we can feel safe on the road. Even if we know we aren’t the ones who are drinking or doing drugs and driving, we can make sure we have the proof we need if an accident occurs - a dash cam can help! A dash cam is an instrument that you install in your car to record your surroundings while driving or when your car is parked. There are even cams that can record inside your car or behind your car if you choose to purchase that type of model.

Looking for something essential and nothing fancy? We do have a few top picks for those looking for the best starter dash cam for their young and new driver, including the Thinkware FA200, the BlackVue DR590X and the VIOFO A129 Duo. For those looking for something more inclusive, more advanced, we do have the Thinkware U1000 and the BlackVue DR900X, both top-of-the-line 4K UHD dash cams with Cloud and advanced parking mode features.

The belief that cannabis isn’t as dangerous as alcohol is dangerous thinking. If you plan on consuming cannabis, don't drive. And, don't get behind the wheel or get in a car with an impaired driver — it's just not worth the risk.