If you drive Uber, Lyft, or other forms of rideshare, you will agree that every ride needs to be recorded for protection. The best dash cam for the job is a triple-channel one as it covers all possible bases: the road ahead, your passengers inside your car, and the traffic behind - so that nothing gets missed or unseen. The selection of reliable triple-channel dash cams is still pretty limited: BlackVue DR750X-3CH Plus, Vantrue N4, Zenfox T3, VIOFO A139, and VIOFO T130.

If you are looking for a triple-channel dash cam that does it all, our favorite go-to is the BlackVue DR750X-3CH Plus, as it offers some of the best parking recording and Cloud features on the market, supports recording at 60FPS, and can take microSD cards up to 256GB.

But if you’re not picky about Cloud or parking features but want to keep it simple and affordable, then VIOFO is the way to go. We have always been impressed by VIOFO dash cams over the years, as they offer the features you want at a sensible price.

But, with two different triple-channel options (VIOFO A139, and VIOFO T130), which one do you pick?

The VIOFO T130 is not VIOFO’s first 2K QHD dash cam, nor is it their first triple-channel system. The T130 and the A139 are very similar, at least they are on paper: 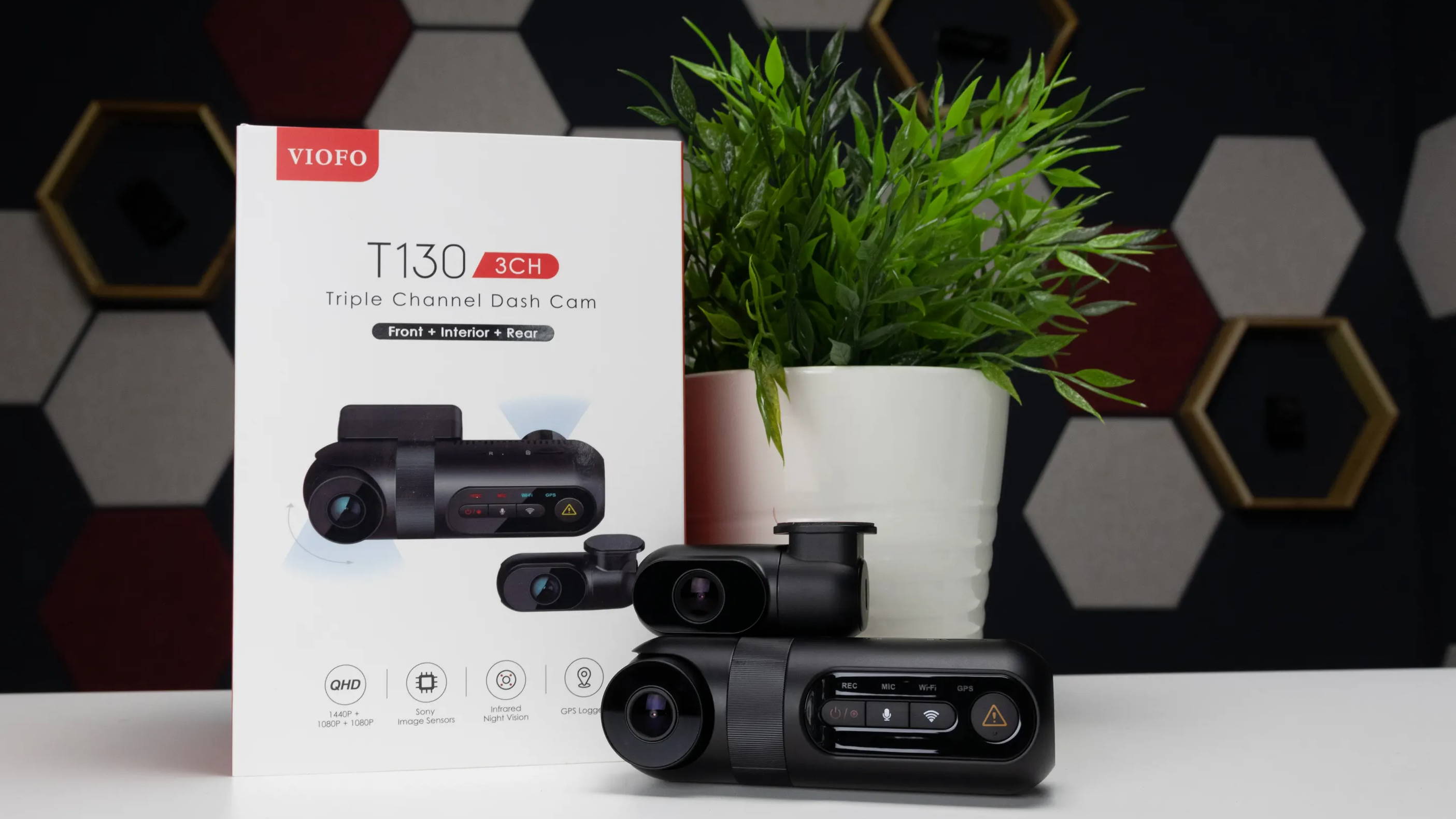 But after rounds of testing and user reviews, the T130 seems to better suited for Uber drivers, rideshares, and taxis than the VIOFO A139. The T130 was officially launched in late 2021, just months after the A139. So, what extra benefits does it bring to the rideshare community?

Discrete and Installation-Friendly, But Placement Limitations

Just like the VIOFO A139, the T130 doesn’t have a screen. But unlike the A139, the T130 comes in a small, cylindrical design, very similar to the signature BlackVue form. The front and interior cameras are incorporated into the same main body, making it a more installation-friendly option for rideshare drivers - one less cable to worry about. However, this also mean you’re going to be limited in placement options. Luckily, the interior camera is rotatable, so you can certainly adjust to get that perfect view.

Yes, suppose you want to cover actions outside the driver-side window. In that case, the T130 can help you do that - the T130 innovative rotatable interior lens can be swiveled 60-degrees up and down and 90-degrees left to right to record that driver’s side window, offering enhanced protection against traffic disputes and fraud.

Say you’re stopping at a red light, and someone approaches your side windows. Just a simple push with your finger, and you can point the interior camera toward the window. Pair it with the Bluetooth remote control button, and you can record and save the entire encounter with a push of the button. 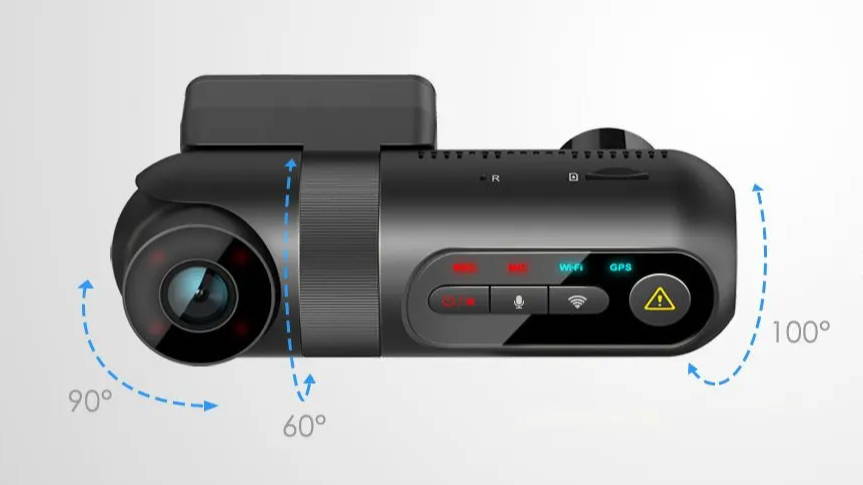 Keep in mind that the interior camera can only rotate in one direction, which means it will work perfectly in left-hand cars. Still, the camera will need to be mounted upside down for right-hand vehicles if you want to record out the driver-side window, which shouldn’t be a big problem as there is an option within the VIOFO app to rotate the images. However, because you are turning the camera upside down, the buttons, ports, and the microSD card slot on the camera will also be flipped - be ready to catch the microSD card should it falls when ejecting from the dash cam. 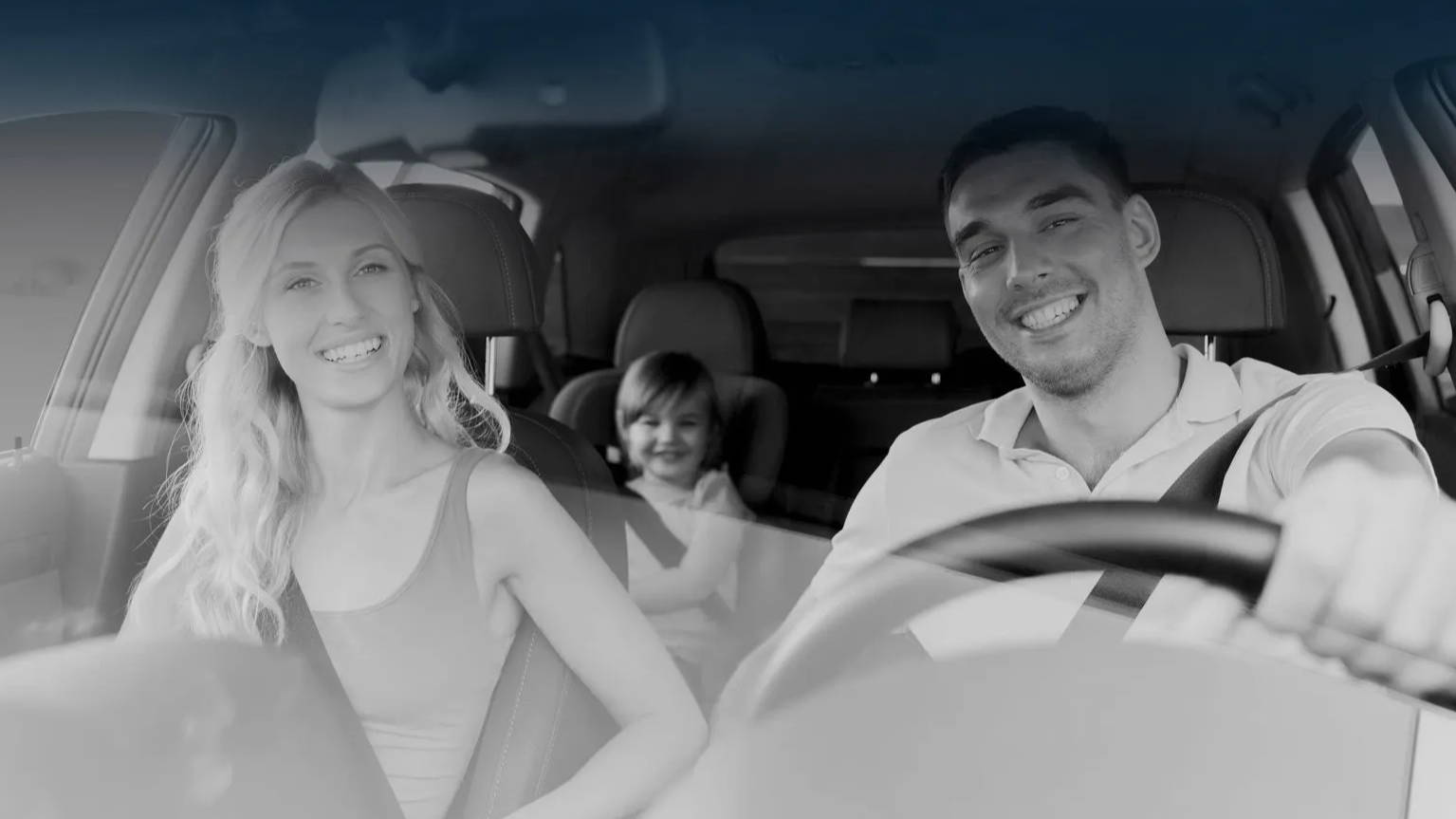 While the incorporated IR camera means you only need to deal with 2 instead of 3 sets of cameras and cables, do note that the T130 uses USB-C cables, which are thicker than the mini coax cables that the A139 uses.

For power options, VIOFO does have a new Type-C HK4 hardwiring kit specifically for the T130. While the part numbers are different, when you look closely at the two cables you will see that the HK4 hardwiring kit is almost identical to the old HK3 cable. The only difference - the HK4 cable sports a 90-degree connector whereas the HK3 has a straight connector. Function-wise, both the HK4 and HK3 work the same way.

In other words, if you are switching to the T130 from the A139 and already have the HK3 hardwiring kit in place, you can simply swap out the front cameras.