According to the National Safety Council, close to 38,000 people die each year in crashes on U.S. roadways. While data shows a slight annual decline in traffic deaths, experienced a small decrease in roadway deaths, many of these accidents are preventable. There has been a significant push in the sphere of technology to make cars safer, and one of such is self-driving cars.

Self-driving cars offer the promise of a safer transportation system - their sensors and cameras see all around and don't get distracted by an incoming text on your smartphone. But are self-driving cars safe for our cities? Can it help new or young drivers become safer drivers?

What is a self-driving car? 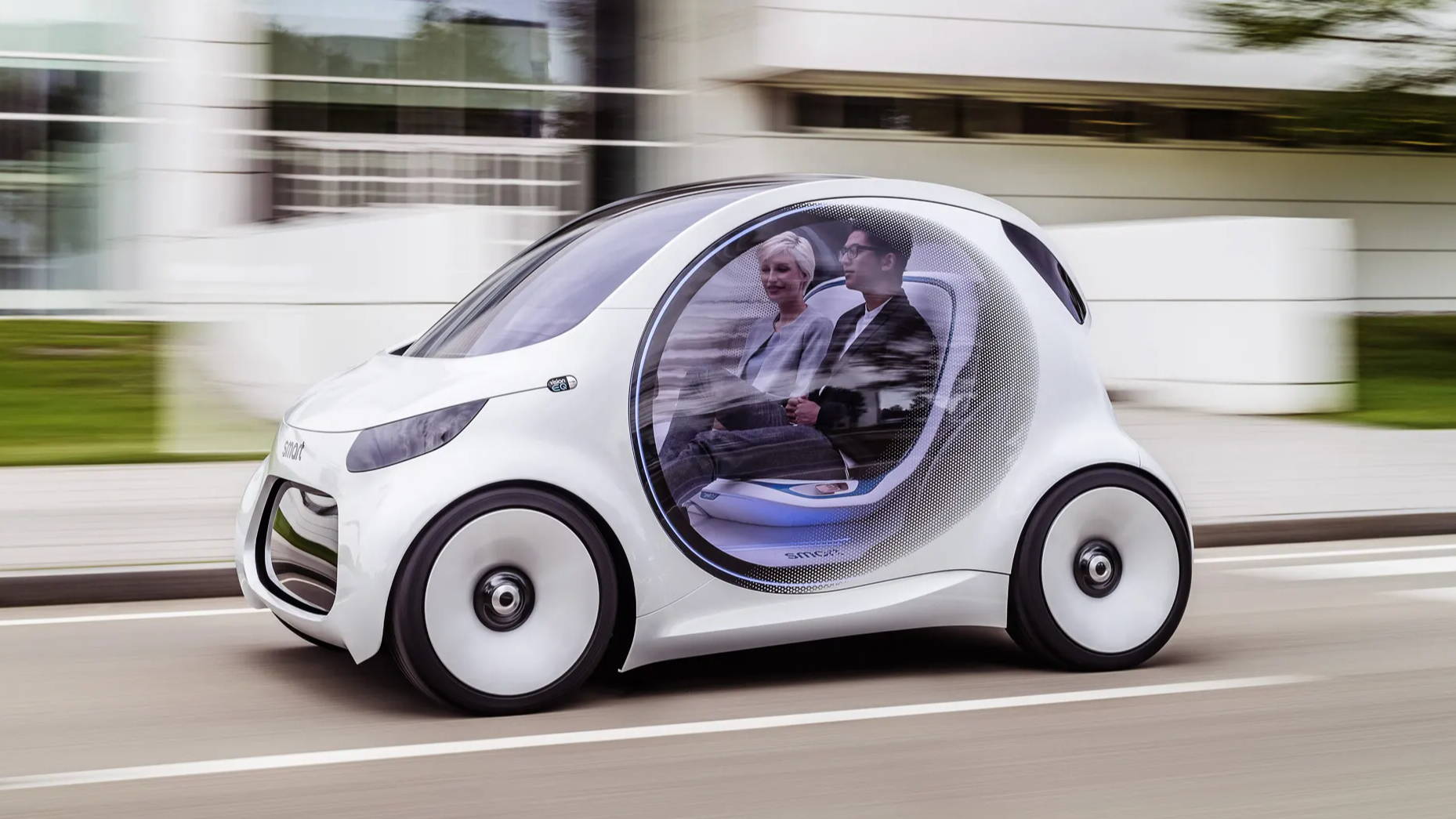 Self-driving cars also called autonomous vehicles (AVs), use autonomous driving technology and require various driver engagement levels. We have encountered this type of technology, whether we realize it or not.

There is a scale of autonomy used to describe the different levels of these types of cars.

To give you a better idea of this scale, Parking Assistance is a Level 1 feature. The automation systems currently on the road from companies such as Tesla, Mercedes, GM, and Volvo, are Level 2, meaning the car controls steering and speed on a well-marked highway but a driver still has to supervise. By comparison, a Honda vehicle equipped with its “Sensing” suite of technologies, including adaptive cruise control, lane-keeping assistance, and emergency braking detection, is a Level 1. So when we’re talking about fully self-driving cars, that’s a Level 4 or a Level 5.

The current market for autonomous vehicles sits at $54 billion. Experts expect that to increase ten-fold in the next five to seven years, especially with the traditional automakers looking to get in on a piece of the action. Even Audi plans to spend an additional $16 million in developing these self-driving cars by 2023. It is forecasted that 33 million autonomous vehicles will be on the roadways by 2040.

But how would you feel if you pulled up to a stoplight and saw a car with no driver of there is a driver, but he’s taking a nap? You might laugh at the idea of this, and you’re not alone - 43% of drivers in the United States are not comfortable trusting self-driving cars either.

But soon enough, it could be a reality.

How do self-driving cars work? 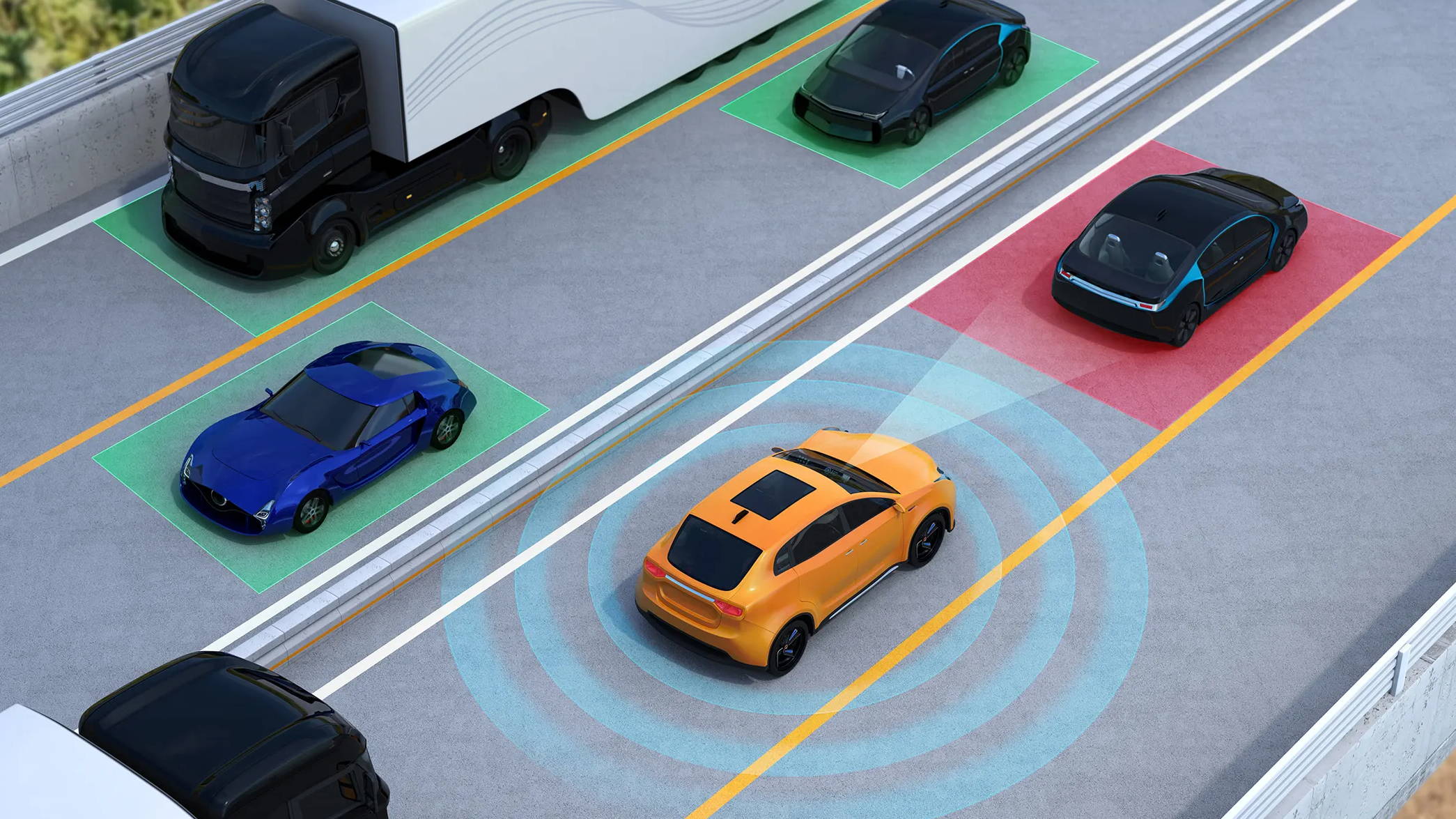 There have already been self-driving technologies developed by Google, Uber, Tesla, Nissan, and other industry-leading vehicle manufacturing and technology companies. The design details vary, but most self-driving systems create and maintain internal maps of their surroundings that use a wide array of sensors, much like radar.

Various stages of the Google prototype have used lasers, radar, sonar, and high-powered cameras. The basic idea for the autonomous car design is that the cameras around the car track all the objects around it. The car would react if it were to steer into one. After programming the internal computer system with all the rules, navigating to the destination should be simple. Overall, the execution of these ideas has been a little more complicated than anticipated.

What are some safety concerns of self-driving cars?

There is a lot of back and forth about the safety of using self-driving cars. Advocates who are for the use of autonomous technology point out that most accidents result from driver error. When you take the driver out of the equation, you potentially reduce the number of accidents per year. Others believe that the use of an entirely technological system poses the threat of cybersecurity breaches.

On the other hand, a Canadian study showed more concern for safety: self-driving cars have a more challenging time interpreting bumps in the road, trouble understanding weather patterns, and problems with the relationship between the vehicle, pedestrians, and bicyclists. Canada is also very cautious about the threat of hacking because of the vehicle’s necessity to rely on servers.

What are the liability concerns with self-driving cars?

In March 2018, a self-driving vehicle that Uber manufactured struck a pedestrian in Arizona. The Volvo SUV killed 49-year-old Elaine Herzberg as she walked outside a crosswalk with a bicycle. 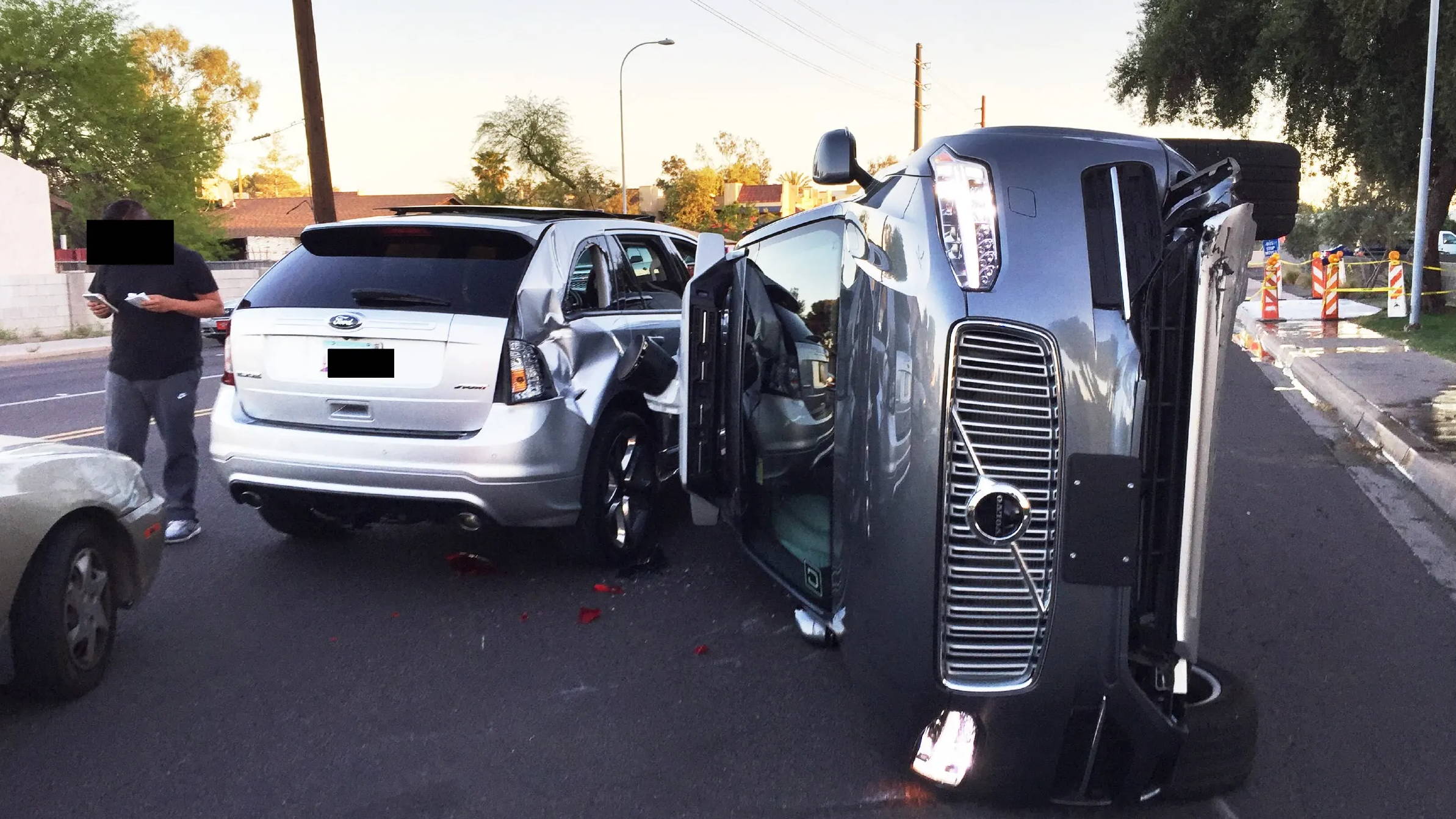 Determining liability in these types of cases could prove difficult. Who is liable for the accident? The software and technology behind it? The hardware? The company that makes the vehicle? And if there is a driver in the car that is supposed to intervene and prevent accidents, could/should they be held responsible?

According to a report from The Information, Uber’s vehicle did detect Herzberg before the fatal accident, but the system decided not to swerve. A preliminary report by the National Transportation Safety Board (NTSB) confirmed that not only had Uber disabled the Volvo collision-avoidance feature, Uber’s system detected Herzberg six seconds before the crash. Still, it did not brake until 1.3 seconds before impact. However, if you were following the case, you would have remembered that Arizona prosecutors did not charge Uber, writing in a letter that “there is no basis for criminal liability for the Uber corporation arising from this matter.”

What if the accident is unavoidable? What do we want the cars to do? Minimize the harm inflicted on the driver and passenger by shifting danger to innocent pedestrians and motorists? Unfortunately, these moral tradeoff questions often do not get the attention they deserve.

How do teen or young drivers view self-driving cars?

Teens love their smartphones and other technological advancements – especially those that make their life easier. For the most part, teens do not want anything to do with autonomous vehicles. In a State Farm and SADD survey, 56% of teens had no interest in self-driving cars. When the question was asked about “feeling safe” in these types of vehicles, 61% of them said they would likely never own or drive one in the future.

It isn’t the teens who are more interested in these autonomous vehicles. It is the parents. These vehicles do not get drunk, drive impaired, or speed recklessly (at least that is the goal). Parents believe that their teens would be safer behind the wheel of a self-driving vehicle versus driving on their own. Would parents still want their children to learn the basics of driving, or would the future drivers solely rely on the self-driving vehicle? (Just food for thought!)

Would you still need a dash cam in your self-driving car?

Installing a dash cam can help in many different ways. Even if you choose to invest in an autonomous vehicle or decide to keep the gas guzzler you have – having a watchful eye can become beneficial. Dash cams can help you record your trips if you have an encounter that causes damages. These cameras can show what the driver sees when driving. In the case of an autonomous vehicle, it captures the interactions with traffic, pedestrians, and other cars on the road.

We wrote an article back in 2019 about the benefits a dash cam can bring to a Tesla. Ultimately, it’s important to remember that the dash cam is not supposed to make the self-driving car safer. But instead, it’s to give you a comprehensive account of what happened should it get you into a tricky situation where you need to back your story. The dash cam also supplements the inadequacies of Tesla’s Sentry Mode.

And did you know that a couple dash cam brands offer Advanced Driver Assistance System and Road Safety Camera features in their dash cams? Check out the Thinkware U1000 and the IROAD X10, both record in 4K UHD and both comes with safe driving features such as Lane-Departure Warning and Front-Collision Warning.

Self-driving cars — in their limited use — and automated technology have proven to be very safe thus far, but they’re not foolproof. When it comes to road safety, it’s always “better be safe than sorry.” Talk to us today for a dash cam that fits your car, needs and budget.